Jada directed by Kumaran is the next outing of Kathir,Yogi Babu, Kishore and artist turned actor Sridhar.

Jada is a passionate footballer who trains hard in the sport to get a good job later, after playing at the right tournaments.  But he is distracted from his goal when he hears about the Sevens game, played without rules, for high stakes. He also wants top avenge the death of his childhood idol coach Sethu ( Kishore in a brief appearance, leaving you disappointed, when he dies nearly as soon as he appears in screen). The game finals take him and his friends to a haunted village, which turns out to be the home town of Sethu. Does Jada survive the villains who killed the coach and avenge his family's deaths? 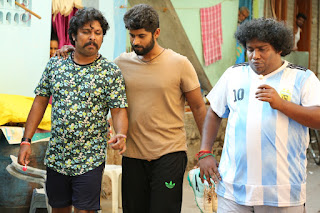 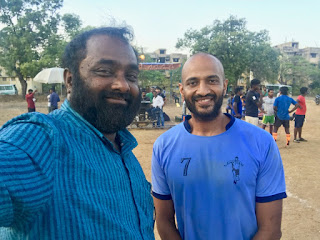 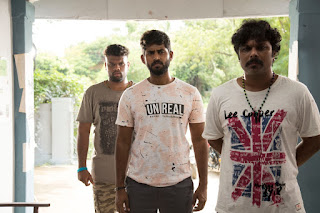 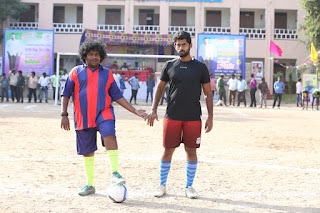 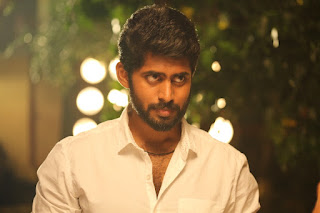 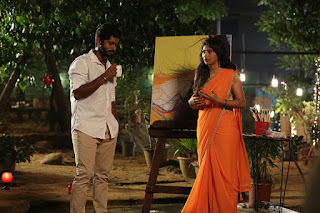 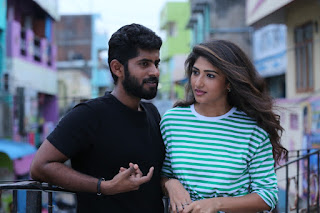 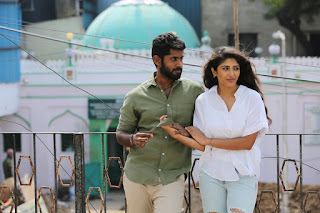 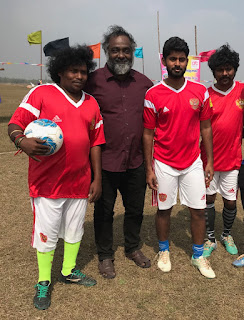 Just when you are expecting a gripping sports film, thanks to a good intro song, the film soon slips into horror mode. Players who hardly look the part of sportsmen, heroines who are in blink and  miss appearances, a puzzling deaf mute character who slaps a woman after taking pocket money from her ( who is she?), never- ending football matches which look repetitive, the usual girls vs boys blaming dialogues and a weak horror / revenge angle and a weaker villain character are some of the factors which don't go in favor of the film.
Kathir is sincere as usual and Kishore does his bit while the matches are shot well. Sam CS bgm suits the game portions. But the film doesnt offer anything fresh or gripping enough to keep you invested.
Jada kathir Yogi Babu