- December 24, 2019
By Rinku Gupta
NASP, directed by LG Ravichandar and produced by VT Rithish Kumar, is based on true events, and going by the credit pics, on the director's life. 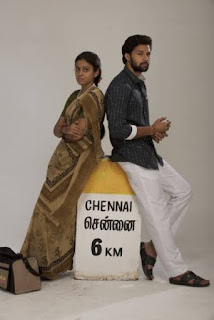 Santhosh Pratap plays an aspiring director , struggling to make ends meet as an assistant director.  One day he meets a village girl ( Chanthini) who has run off from her village but is lost in the city as she misplaced the address paper slip of her relative. She asks our hero for help and one thing leads to another,  till he ends up dropping her off in her village! The villagers mistake their relationship and end up forcing them to marry!
What happens to the duo this placed in this extraordinary situation? How do two utter strangers cope with this twist of fate? 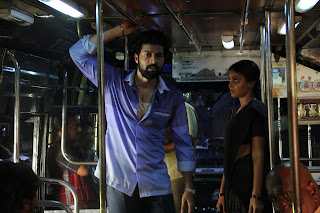 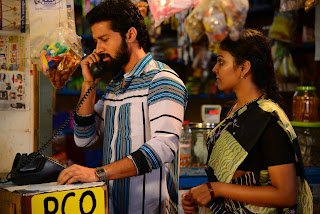 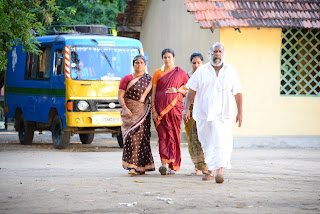 The lead pair play their parts in accordance with what's demanded of them.  (But Santhosh doesn't look the part of the struggling director somehow, looking too well turned out always, as compared to his friends). Chaams and the friends try to bring on the laughs but it's essentially a tale of struggle and sacrifice in the face of penury. Set in the 90's its good to see a time without cellphones! The director has managed to create the look and feel of the period but the making style seems a tad dated. The way the heroine is shown constantly sacrificing herself in the face of her husband's wishes,  putting herself in second place,  is tough to take beyond a point and gives you the feeling of watching a 70's film.
But in the end credits when you see the real characters' photos,  you get an understanding that it is truly a tale of sacrifice.  But the narrative style seems dated, with  characters uni- dimensional.
However, the film picks up speed towards the end when it shows how the hero turned successful director , with some energetic actors and interesting, humorous yet emotional scenes, ending on a positive note.