Anu Paulraj ( Ritika Singh) and Arjun ( Ashok Selvan) are good friends from childhood. One day, Anu proposes to Arjun, thinking it would be better to marry her long term friend, whom she knows and trusts, than a stranger in an arranged marriage. After deliberation, Arjun agrees. 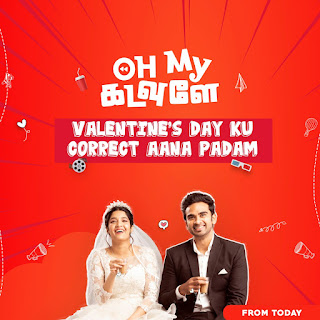 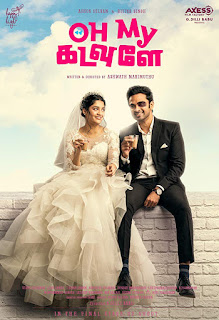 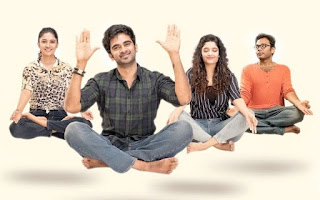 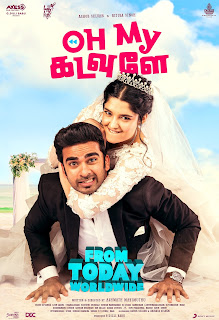 But after marriage, he is unable to have any romantic feelings for her,as he still sees her as a ' friend'. Into this situation walks in Meera ( Vani Bhojan) his college crush.  With this catalyst,  problems in his marriage now get compounded when Anu gets jealous and Arjun feels claustrophobic in the relationship. The couple are soon headed for a divorce.

But in a strange twist, by the intervention of the Gods ( Vijay Sethupathy, Ramesh Thilak) , Arjun is given a second chance, to look into past events with an opportunity to study where things went wrong. Does he make use of it? Can he save his marriage? Does his  friend successfully turn into a romantic partner for life in his eyes?

The appeal of the film lies in its fresh treatment of the subjects of love, friendship, romance, marriage and divorce, which is bound to appeal to viewers, of all ages. Is marrying your best friend a good idea? How important is it for your partner to be a good friend? Can friendship really turn into romance? In these social media driven times, when ' friends' are aplenty, what dynamics does a New Age marriage throw up?These are the questions Ashwath seeks to answer in a refreshing manner.

For a film like this to work,  a perfect cast is vital and Ashwath seems to have done his homework well.
Ashok Selvan is in his element, nailing every emotion perfectly. This is a meaty role for him with an arc and he makes good use of it. From innocence to wit, charm, anger and deep emotion,  he delivers perfectly. Ritika as the feisty Anu steals the show with her natural acting as friend and later wife and lover.  The duo get their chemistry just right and the fresh pairing is a huge plus.

Vani Bhojan who makes an impressive debut, brings a certain dignity and gravitas to her performance, just right for the role. All the actors including Sha Ra as the hero's friend and Santosh as the surprise character,  are well cast and are a major plus for the film. The scenes with Sethupathy and Thilak ( remind you of Ashok's debut film Soodhu Kavvum with them) make for delightful viewing. Couldn't imagine anyone better there.

The music by Leon James is good with soulful tracks befitting the story and the camera work enhances the well chosen, trendy locales picked by the director. Watch out especially for the Kerala portions. The dialogues are kept crisp, witty and meaningful ( like for the moving MS Bhasker scene) without unnecessary melodrama nor raised decibels. Gautham Menon's cameo scene is a good touch. The choice of the peppy ,Tanglish title  and posters synch perfectly with the film's treatment. Special mention must be made of the art department, which has given that trendy yet organic feel to the film.

In this age of rom- coms becoming synonymous with the usual tasmac shops, bromance scenes, mindless family wars and the usual 'love at first sight, cant live without her and then she dumps me, now how do I get her back' template, heres a more carefully crafted film with a sensitive and sensible handling, which sets it apart.

The film lags in a few places but overall kudos to the team for a fresh approach, with just the right mix of humor , emotions and feel good moments, and a message to take home as a bonus.