Utraan directed by Rajagajini is set in a college campus and revolves around the issues faced by students. Roshan Udayakumar plays a college boy who lives with his college teacher ( Heroshini), who looked after him since childhood. When he falls in love with a college girl  college (Priyanka) this issue of their relationship becomes a bone of contention. Added to his problems are petty college issues leading to enemies which make life tough for him. How does he deal with it all? 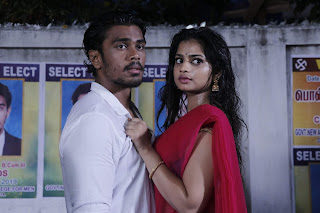 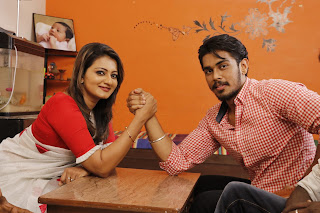 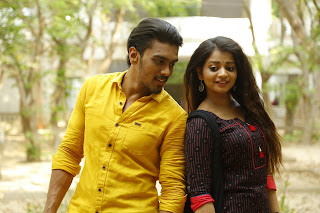 Roshan looks good and  does a neat job and carries the emotional , action and romance scenes well. His personality fits the role to a T.  But the story seems dated, and the manner of filming reminds you of 80s college movies. The issues the students face seem trivial and there is no solid reason, apart fron the usual love angle, for all the enemity and fights on display.   There are too many characters being mentioned at random which is a tad distracting.  Several scenes of kids perpetrating violence and killing people are jarring and could have been avoided.


The issue of acid attacks is focused on. Watch out for some very gory violence, not for the faint hearted, in the climax.


Let down by a weak script and no solidly engaging storyline and  too many interspersed song and dance sequences, the film seems to drag despite good performances by actors.