Telugu film actor Manoj Manchu makes his comeback with ‘Aham Brahmasmi’ which is to be made on grand scale as a Pan-Indian film in Tamil, Telugu, Kannada, Malayalam, and Hindi, “Aham Brahmasmi is produced by Manchu Manoj and Nirmala Devi for the MM Arts Banner while Vidya Nirvana and Manchu Anand will present it. Apart from directing the film, Srikanth N Reddy has written story, screenplay, and dialogues for the film. 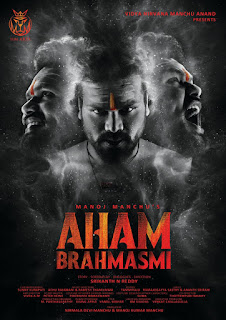