The film, directed by debutant P Virumandi, stars Vijay Sethupathi in the lead, as the  titular character. Ranasingam is the village water diviner and social activist.  He falls in love with Ariyanachi ( Aishwarya Rajesh) and the duo marry with the blessings of the village.  When Ranasingam heads overseas for a job (in order to shoulder his new household responsibilities), is when tragedy strikes. How does his young wife, her family and the village members cope with the pressures of the sudden , extremely challenging, unforseen circumstances?

While Sethupathi is in his element, effortlessly sailing through with a fine performance, Aishwarya Rajesh steals the show as the perfect foil to his act and together the duo make their characters come alive, moving perfectly in synch, leaving a  lingering memory long after.

Aishwarya displays with a splendidly mature performance, a wide gamut of  emotions from youthful love, innocence, hope and vulnerability to  despair, dejection, grit, determination  and courage in the face of tragedy.

Aishwarya has already proven herself as a tremendous performer with each film, but Ka Pae Ranasingam showcases how she has fine- tuned her skills over the years, to the extent that she just turns into her character so skillfully that it seems effortless and real. A meaty role into which the  actor has sunk in her teeth, to give one of her finest performances.

The lead pair's chemistry in the romance and post wedding portions make for enjoyable viewing and Virumandi should be commended for his perfect casting.

Be it political, beaurocratic, or socio-economic,  the film touches a wide range of issues faced by the common man. The main issue, that of problems faced by migrant workers is an eye -opener and is a novel choice of subject (complete with stats)  for which the director and producer can be commended.

The supporting actors of Bhavani Sre, Vela Ramamurthy, Muniskanth, Arunraja Kamaraj and Rangaraj Pandey to name a few, are well cast and their realistic performances add value. Despite the high drama, things are not overdone, mulling over issues too long, thus  keeping the film moving at a regular pace. 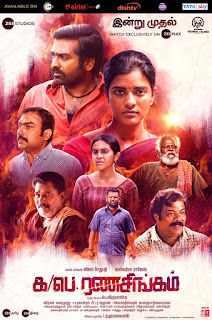 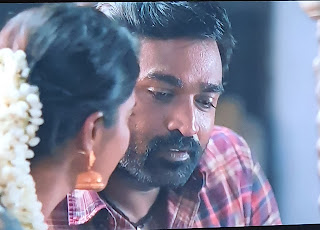 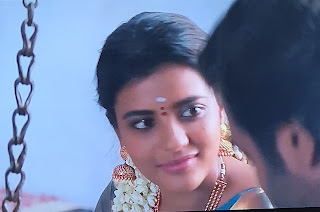 On the flip side, when the heroine finds help quite easily in far flung cities where she doesnt know a soul, it seems like cinematic liberty, to take the story forward.

Also,  the overall  content of crucial dialogues between characters in the foreign country is not very clear and seems to have been hurried along on screen.

Watch out for the final scenes.