A few days ago several media reports emerged about director-actor- choreographer Prabhu Deva's  alleged wedding. The articles suggested he had married his niece ( a regional tradition prevalent in some sections of society). Now, however, the Kollywood   grapevine suggests that he has indeed gotten married, but not to his niece.

A few months ago,  he allegedly married  a physiotherapist from Bihar at his Mumbai residence. The wedding was low key due to the covid situation. 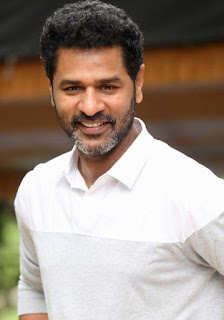 The name of the lady is not known,  but according to sources, the duo met when he was undergoing treatment. The duo allegedly got married after the blessings of parents. Social media too is abuzz with the news, which is as yet unconfirmed from Prabhu Deva himself.

The couple are touted to be in Chennai now,  at Prabhu Deva's Chennai residence. Apparently she is now learning Tamil. Prabhu Deva was earlier married to and later divorced from, Ramlatha  several years ago. On the work front, his next release as director is  Radhe in Hindi.