Sarpatta Parambarai is a reward for perseverance - Santhosh Prathap

He plays the character of Raman in the recent hit Sarpatta Parambarai, directed by Pa Ranjith. Locking horns with Arya in a boxing match, and as his arch rival all through the film, actor Santhosh Prathap's performance as a 70's boxer has won him accolades.

The actor takes us behind the scenes into the experience of  getting into the skin of  Raman and what it was like working with the team of Sarpatta Parambarai. 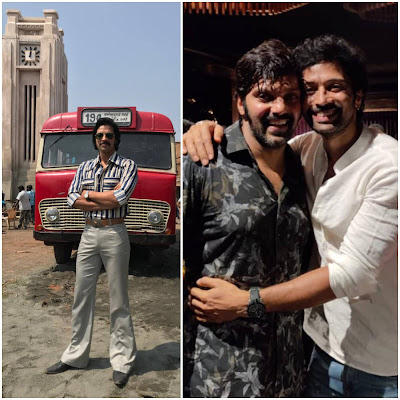 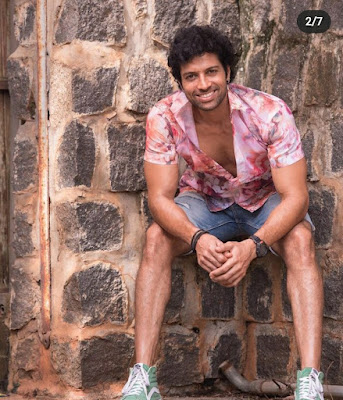 Tell us some details of what you had to do to transform into a 70's period boxer like Raman? How did you research and train? Were you inspired by anyone?

He is best known for his techniques hence he is  called the “Technical Boxer Raman”  like the legendary boxer George foreman.

I’m an Mixed Martial Arts athlete so I knew the basics of boxing but to transform into Raman( a technical boxer), I went through a rigorous training for 3 months. All thanks to the coaches Thiru and Tulasi for helping me to master the techniques.

Raman is from a rich family background, is composed and poised. He is very diplomatic in handling  situations. It was hard to play it very subtly even during the  tense situations between all the other characters,  who are super energetic and hyper! The arch of this character is indistinct. He might seem to be low-key and toned down or even cunning. So, I had to balance all these  traits carefully and justify the character without getting carried away by other bold and loud characters around me.

When it comes to mannerisms, you will see two different characteristics. Firstly, as a Technical Boxer in the ring, confident and highly energetic, a perfectly skilled boxer. The second, as a more  controlled, relaxed and at ease character, outside the ring.

As far as looks go, Kamal Haasan sir's Sigappu Rojakkal and my dad's old pictures were my reference for my appearance.  I'm happy I got lot of appreciation for it. It took a while for me to accept the new me outside the sets. I had to change my whole wardrobe to match my look ! 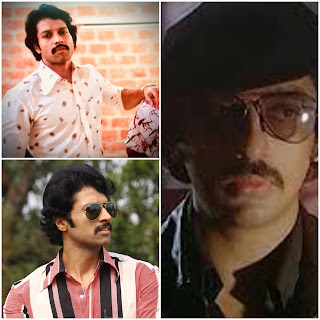 Though I grew up in and around Chennai the slang I used in the movie was totally new to me. All thanks to Thamizh Prabha anna (the writer of the movie) for guiding us with the slang.

I was very happy to meet the real Sarpatta parambara boxers during the work shop.  It was of great help to understand the real cult. 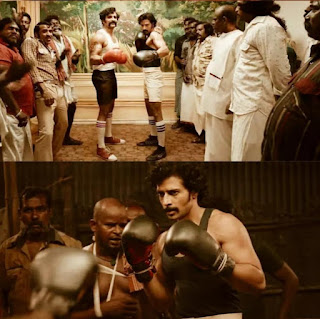 The fight scenes have been hugely appreciated. Were you injured? How draining were they for you?

Every fight was real. Every hit was real. There was no extra cushioning in the gloves! All the cheers from the crowds on set were real.

I'm still recovering from my injuries but I see them as souvenirs from this movie. This movie's success turned all my injuries into sweet pain and wonderful memories.

The amount of endurance we had to undertake  for each fight was extreme. But we took all that pain because of the belief we had in the project and in the captain of our ship, Ranjith anna. 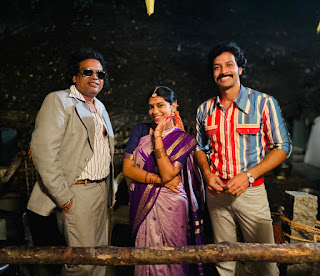 Senior actors like Pasupathy were in film. Did you observe and learn any tips from them on sets?

He literally was a vathiyar to all of us at the sets.Though he is experienced, we never saw him taking any sequences lightly.  He rehearses, enacting every sequence before the shot.

I got really inspired by his personal life  too. He lives in a farm in Periyapalayam, Uthukottai, with his family. I also understood how versatile he is as an actor who has done lot international plays.

Also, Kamal sir is a great inspiration for me as a performer. So I'm happy that I got to know more about him personally through Pasupathi Anna’s experience working with him. 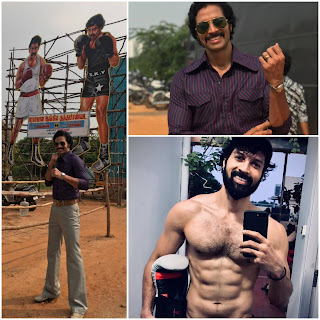 What were your most unforgettable moments?  Any takeaways  from this film?

My most unforgettable moment was the day when Ranjith anna called me for this movie. It is still a cloud nine moment for me and so is all the appreciation I received from him after every fight and every sequence.

Arya brother's hospitality during our workshop days was overwhelming. Everyday was memorable. Everyday i had something new to learn. Sarpatta is a reward for perseverance.