Actor and producer Vijay Sethupathi on Friday paid rich tributes to director S P Jananathan at a media briefing organised at the Prasad Lab to promote the late director's last film Laabam, which is to hit screens on September 9

Participating in the event, Vijay Sethupathi, who plays the lead in Laabam, said director S P Jananathan's loss was indeed a huge one and that his close associate, Mr. Aalayamani,  turning emotional while delivering the welcome address was understandable. 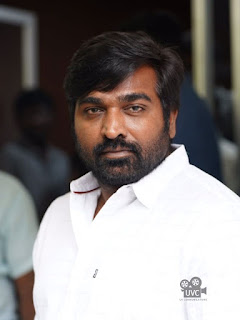 "Nothing can console Mr Aalayamani, who has been with Director S P Jananathan from the start. I have known them from the time I was a junior artiste and knocked on their door for opportunities."

Describing the deep bond that they shared, Vijay Sethupathi said,  "Director S P Jananathan and I had great understanding and love for one another. It was something like a father-son relationship. You don't realise its significance when the person is there. If you have someone you cherish, please express your admiration and love for them." 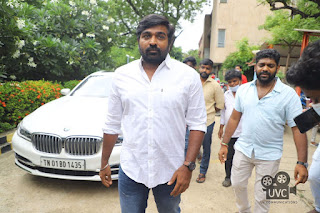 "I have known the producer of this film Aarumuga Kumar for over 12 years. I have produced four films but I don't keep track of their budgets or accounts. This is because I fear that I will lose the art I have in me, if I develop a penchant for business or finance. I have a school friend called Chandrashekar who takes care of my accounts. I haven't taken a salary for this film. I have got the good fortune of producing this film and I don't know which forefathers' noble deed of mine has fetched me this blessing," Vijay Sethupathi explained. 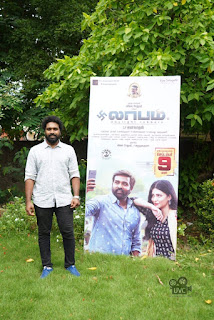 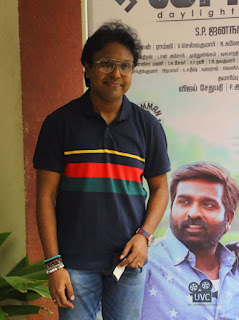 The actor went on to say that director S P Jananathan believed that cinema was not just entertainment and that it was a lot more than that. "He used to say that it makes people think and change. We come across so many instances where people have said, 'This scene changed me or this scene got me thinking.' Art leads people to think and change. Therefore, he thought it was wrong to call cinema as just entertainment," Vijay Sethupathi recalled.

Earlier, a minute of silence was observed as homage to the great director.

Several other actors and dignitaries including FEFSI President R K Selvamani, director R V Udhayakumar participated in the event and paid homage to the late director.