Directed by Vineeth Varaprasad, Lift, was a much awaited film by its hero Kavin's fans. The film, co- starring Amritha Iyer, dropped on Disney Hotstar on October 1st.

The horror thriller is set in an IT company, where both Guru ( Kavin) and Harini ( Amritha) have recently joined. The duo  now get caught up in a bizarre set of happenings one night, as they are the only ones working late.  The main problem seems to centred around a lift with a mind of its own.  By the time the duo learn that the place is haunted,  it's almost too late to get out,  as all exits seem to be blocked.  What is happening and why? Do the duo make it out safely? 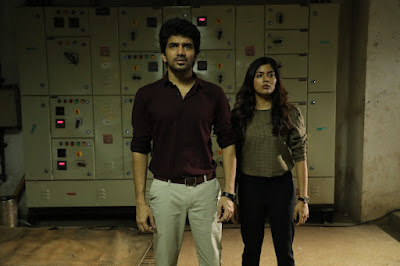 The setting of a giant corporate building lends itself quite well to the setting for a horror film. The never- ending corridors, umpteen floors, rooms, cubicles, exits and the lift itself, look like a giant trap the protagonists have to escape from and the director uses every avenue possible for scares, surprises and  thrills. The camerawork by S Yuva  is notable, given the narrow spaces of corridors and the lift itself, which couldn't have been easy to shoot in.

The eerie music by Michael Britto is just enough to make you uncomfortable without being over the top. 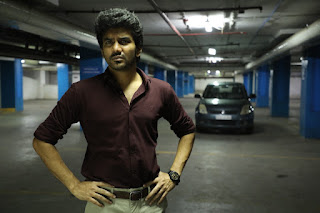 Kavin is impressive with ample opportunity to showcase a variety of emotions which he uses well, keeping the viewer glued and guessing about what's going on in his mind.  Amritha Iyer fits  perfectly in the role of an IT employee, and has good scope to perform which she uses to advantage. Together, the duo keep you invested in the goings on. Sprinkled with humorous touches and even social media filters being put to use, lending a trendy touch in keeping with the location of the story, dialogues are  kept crisp with Tapas Nayak's sound design doing the talking to advantage. 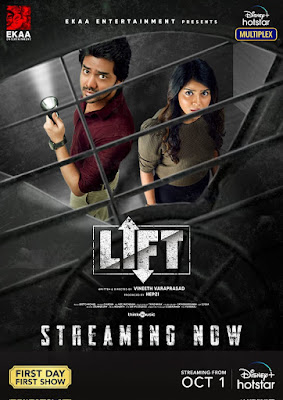 Given that the film is confined to an office building, in a few places,  the running for escape bits may seem repetitive. There is a flashback portion, with traces of  clichés of the  corporate set up, which could have been  developed with little more depth to make it more gripping.

Watch out for the catchy  Inna Mylu track as credits roll.  There is an interesting message at the end of it all. The director has tried to explore a contemporary and unusual setting for a horror film, and with Kavin and Amritha keeping the momentum going with their credible performances, Lift lifts this  horror film notches higher  from the usual tried and tested formula films we see of the genre. 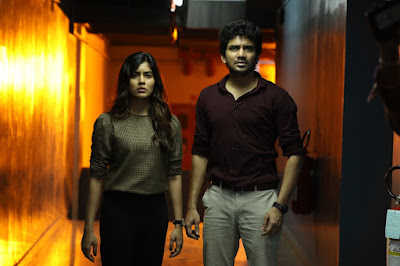