The story revolves around Rachel ( Priya Bhavani Shankar) who is a newly promoted Sub Editor at a TV Channel. She comes across a whats app forward  by a mother in a village, pleading for justice and the life of her 2 sons who are to be executed in Kuwait even though the Blood Money has been paid to the accident victims' family. This is an unusual occurence but no help is at hand. 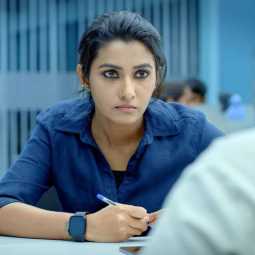 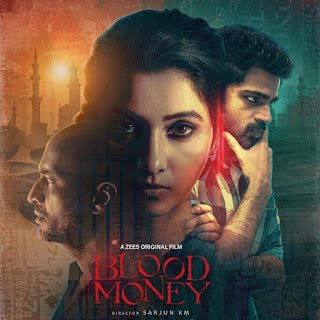 This is the story that Rachel wants to pursue, (the death of her own father, touching a chord) making her want to help the little child who would soon lose her father. With just a day left for the execution, Rachel has a lot of obstacles of both Time and opposition from colleagues, that she has to overcome. In this huge task,  she is aided by a colleague Sudhan ( Metro Sirish).

Do the duo manage to save the two lives in time? What is the real story behind the proposed execution?

Priya  Bhavani Shankar displays the necessary gravitas befitting her role as a journo, and aces it with ease. She stands out especially in the tough emotional scenes.  Her mesured performance proves she can carry off a heroine- centric film with ease. Sirish as her colleague gives a dignified performance. Kishore as one of the convicts, stands out, bringing the desparation, despair and frustration to his role,  especially in the scene talking to his mother and daughter on the phone. Every charcacter is aptly cast.

The issue dealt with by Sarkun, namely the plight of immigrant workers, is rarely dealt with on screen.  Sarkun deals with the subject with the seriousness it deserves, without adding filmi touches like romance etc , keeping a fine balance between the thrilling and emotional moments.

On the flip side, the manner in which Rachel and Sudhan quickly travel across the seas and resolve the matter in the nick of time,  seems contrived. Almost every obstacle she encounters, is overcome by  a quick solution; be it a blunder in the news, or digging up clues, help is always at, hand.  The gripping suspense is therefore diluted by the screenplay in places, which could delved into more layers of the story.

Overall,  Blood Money makes for an interesting watch, with good performances by all.