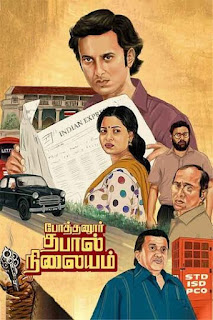 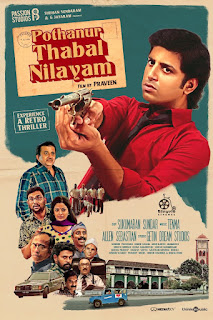 Directed by Praveen himself,  the story, set in the period from 70's to the 90's revolves around a heist, but instead of a bank,  the events happen at a local village post office.  How the hero and his friends, are affected by this event and when his own father is involved in a tough situation, how Praveen seeks to resolve his problems, is the story. Does he succeed?

The natural setting and attention to detail of the art department which has recreated the period setting of the film is truly commendable and gives a certain ethos and atmosphere to the film.

The acting of the main leads is realistic, along with the supporting cast, especially the parents of Praveen, who bring out the slow pace of life and the innocence and simplicity of people in a  world and time without gimmicky gadgets and a frenetic pace.

However, the pace of the screenplay tends to slow down at times and the attempts at comedy fall flat more than once.

Overall, a different attempt from the makers and worth a one time watch.