Lavanya aka Anya lives alone in an uninhabited apartment building, running online tutorials. Soon she finds students noticing a spooky apparition around her. In addition to this, Anya has to also deal with her sister Madhu ( Regina Cassandra) and their troublesome childhood and traumatic memories that come to the surface. How do the duo combat the problems of troubled relationships amidst the chaos of the spooky atmosphere? 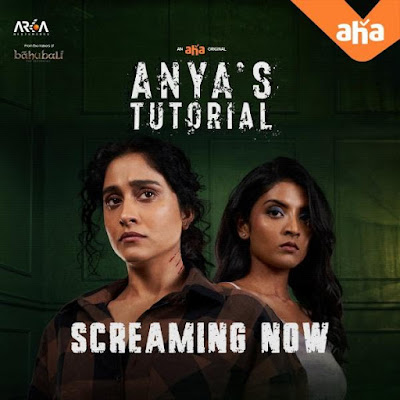 The eerie atmosphere, the psycological mind games and the emerging mixed realities of the sisters' situtations as the story unravels, all seemingly entwined with past memories,  are well potrayed and add to the mystery. The camera's play with color and tone adds to the atmosphere of the story as the drama unfolds.

Regina brings with her a sense of gravitas with her measured performance while Nivedithaa  does a good job with her fine act.  Between them,  the actors hold the story together and keep the viewer glued.