This will be a film which satisfies every person-Dream Warrior Pictures Producer SR.Prabhu.

The producer of Kanam is upbeat about the quality of his content. Says he, 'This film talks about how each and every moment in our life is important.This film  has elements of Time travel and mother sentiment.This is not only a Science Fiction but also has all the elements.This film can be enjoyed by people of all ages.When I heard the story, I knew this film will have lot of work and budget. So I thought we need a proper team.Starting from film "Maya" I  used to send each story to Sharwanand. Finally he agreed to act in this film. 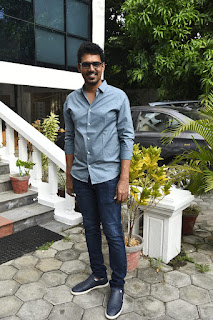 The Telugu title of this film is "Oke Oka Jeevitham"(Only One Life).The three characters have three different kind of emotions.

What we will do if we get a second chance in our life?If we get a chance,we could have solved many things,we could have stopped some things from happening.what efforts we will take when we get the chance and what will happen after we take the efforts? We have shown all these things in this film.

Though we can predict what will happen in next scene,it will be still interesting to watch because of the technology,dialogue and music.

Even if a character appears only in one scene,we have made it in a very apt way.Likewise,when we take a film,Patience is very important.Director Shree Karthi has lot of patience.

For the first time,we are making a bilingual film in a grand scale budget. We thought this film should have more expectation and it should satisfy everyone.As we thought,the film came out great.It will relate to each and everyone.

Even if we take the science fiction elements from the film,it will still be great to watch.And it will be great to watch the Mother-Son sentiment seperatly as well.As this film has high acting scope,we needed actors who can understand the story and fullfill it.At that time the actors were working in different projects. 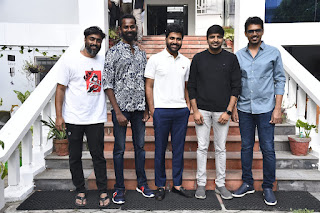 Ritu Varma is acting the female lead.Actor Nasser is playing the role of a scientist.When we watch the character Sathish has played,everyone will defenitly ask how he acted in such a challenging role.

As the story is about three friends and the people surrounding them,it will never feel like this scene is not needed or this character is not needed. Each and every characters and scenes will have importance in the film.'