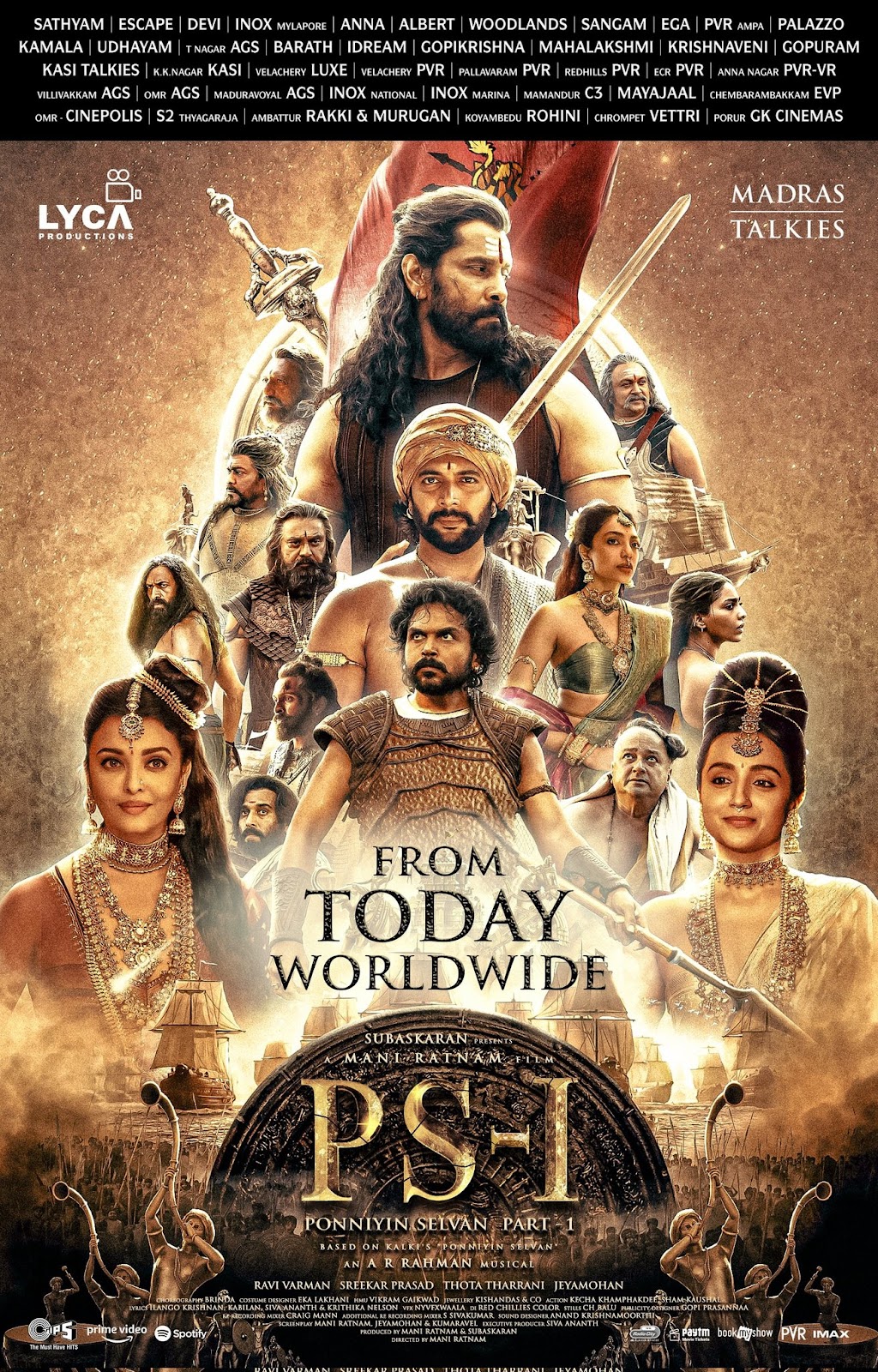 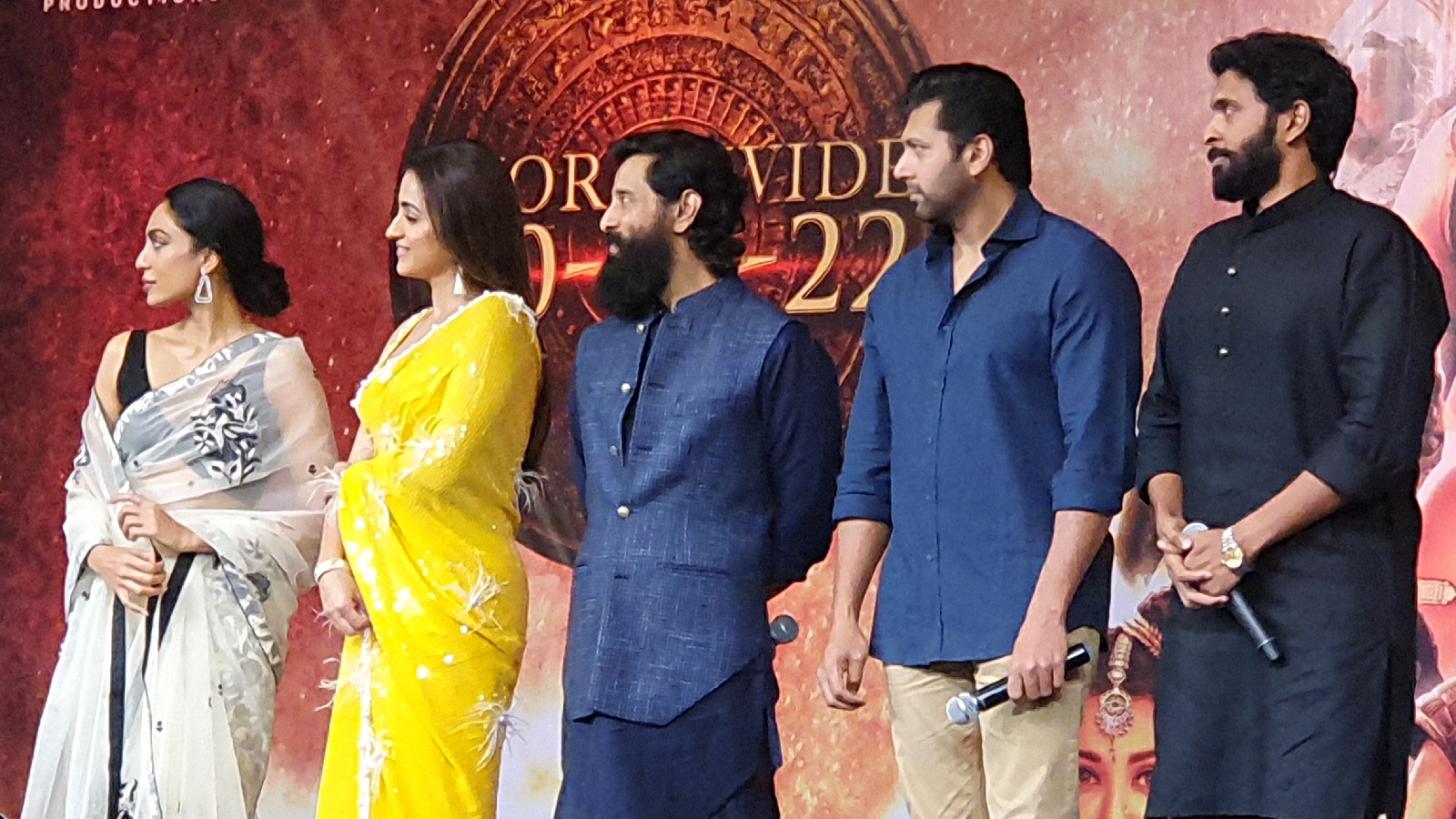 The story is set during the Chola period and revolves around events in the lives of Sundara Chola ( Prakash Raj) and his children, the three siblings, Aaditha Karikalan (Chiyaan Vikram), Kundavai ( Trisha) and the crown prince Arunmozhi Varman (Jayam Ravi) who later becomes the famed Raja Raja Chozhan. There are forces, manipulated by the beautiful but  vengeful Nandini (Aishwarya Rai), the former love of Aditha Karikalan, who want to usurp the throne and wreak havoc in the kingdom. Vallavaraiyan Vandhiyathevan (Karthi) is the one who is the trusted link between all these characters, who uses his wits and prowess to carry important messages to and fro and also to protect the Cholas from harm. What happens when things begin to get out of hand? Will Nandini and her husband Pazhaya Paruvettaraiyar ( Sarathkumar) succeed in causing mayhem? Will the vengeful enemies around be able to get the upper hand and imprison the crown prince? 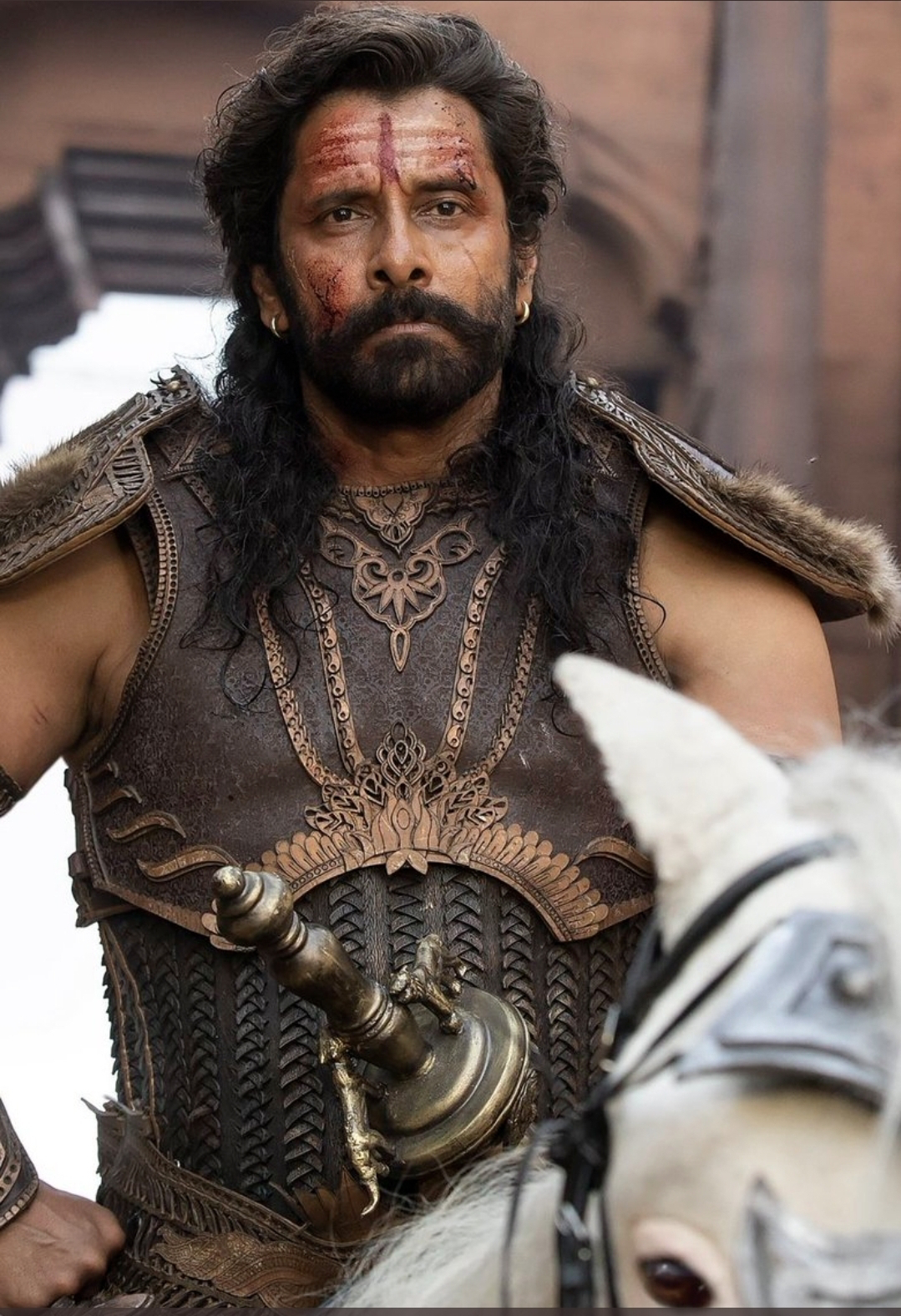 It is no mean task to bring to screen the magic of a such a popular novel that has caught the imagination of generations.  But Mani Ratnam brings  alive each character,  aided by the superb performances of every actor, each of whom  seem to have lived their roles to the extent that what one sees on screen is not the actor but the character, who draw in the viewer into their centuries old world. 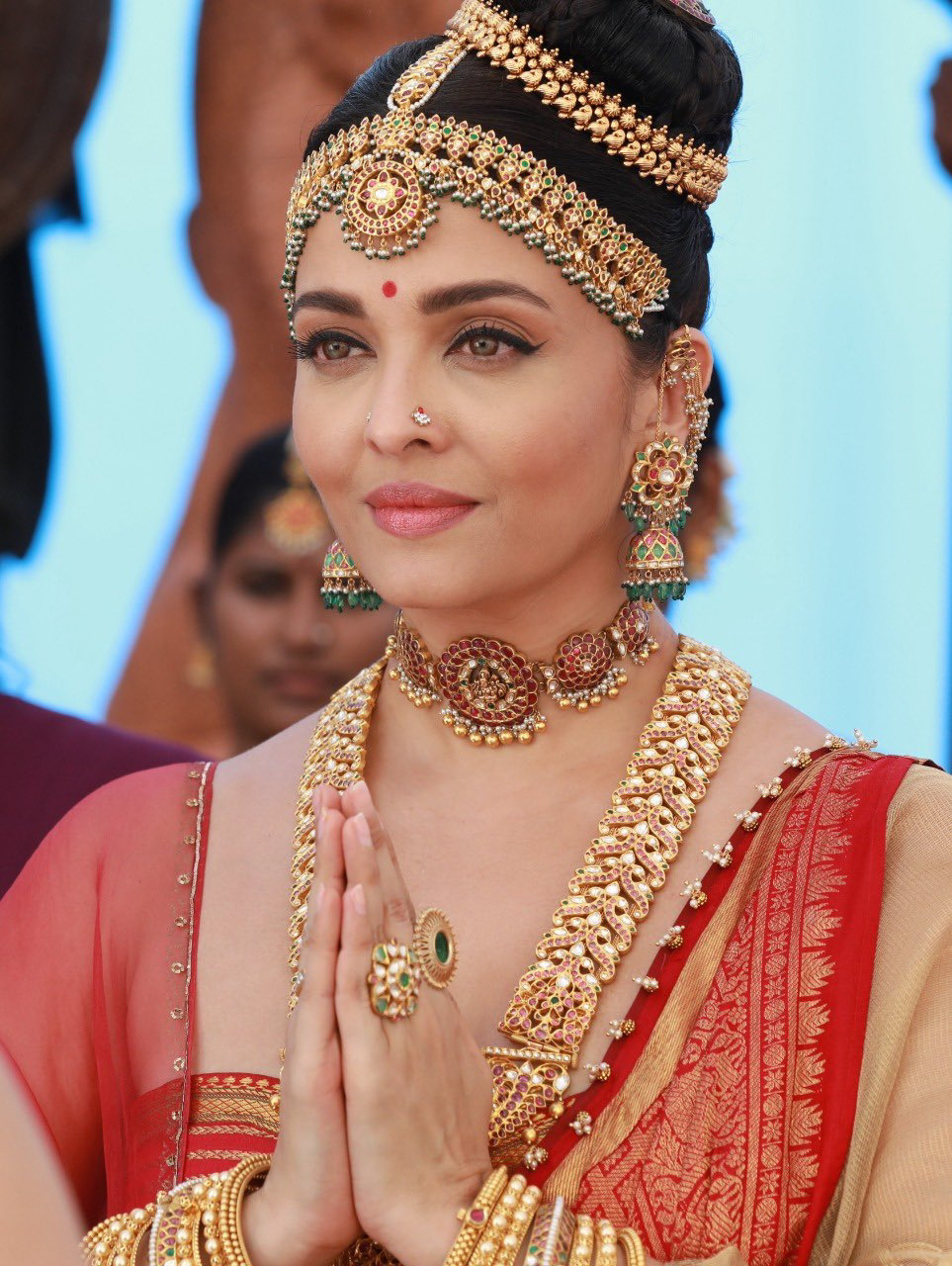 The ancient Tamil of the period is enunciated well by the actors who have made it their own in such a way that it seems effortless and doesnt distract attention from what is happening on screen.
Trisha has surpassed herself as Kundavai with  her subtle expressions and regal bearing, making her the perfect choice. Aishwarya Rai as the exotic charmer, Nandini, looks ethereal in every frame. The face off scenes between the duo are just epic and a delight to watch,  as is the flirtatious light - hearted banter between Vanthiyathevan and the beautiful royal women.

The fight sequences of Karikalan, and those between Arunmozhi Varman and Karthi are gripping. The climax scenes in the middle of the ocean, the scenes of royal intrigue and the way Kundavai and Nandini subtly manipulate the strong men around them are all a delight to watch.  Actor Jayaram's performance is another of the highlights in the film. Aishwarya Lekshmi as Poongkuzhali is not just a beauty but, like the other lead women in the story, is an active participant in taking events forward. 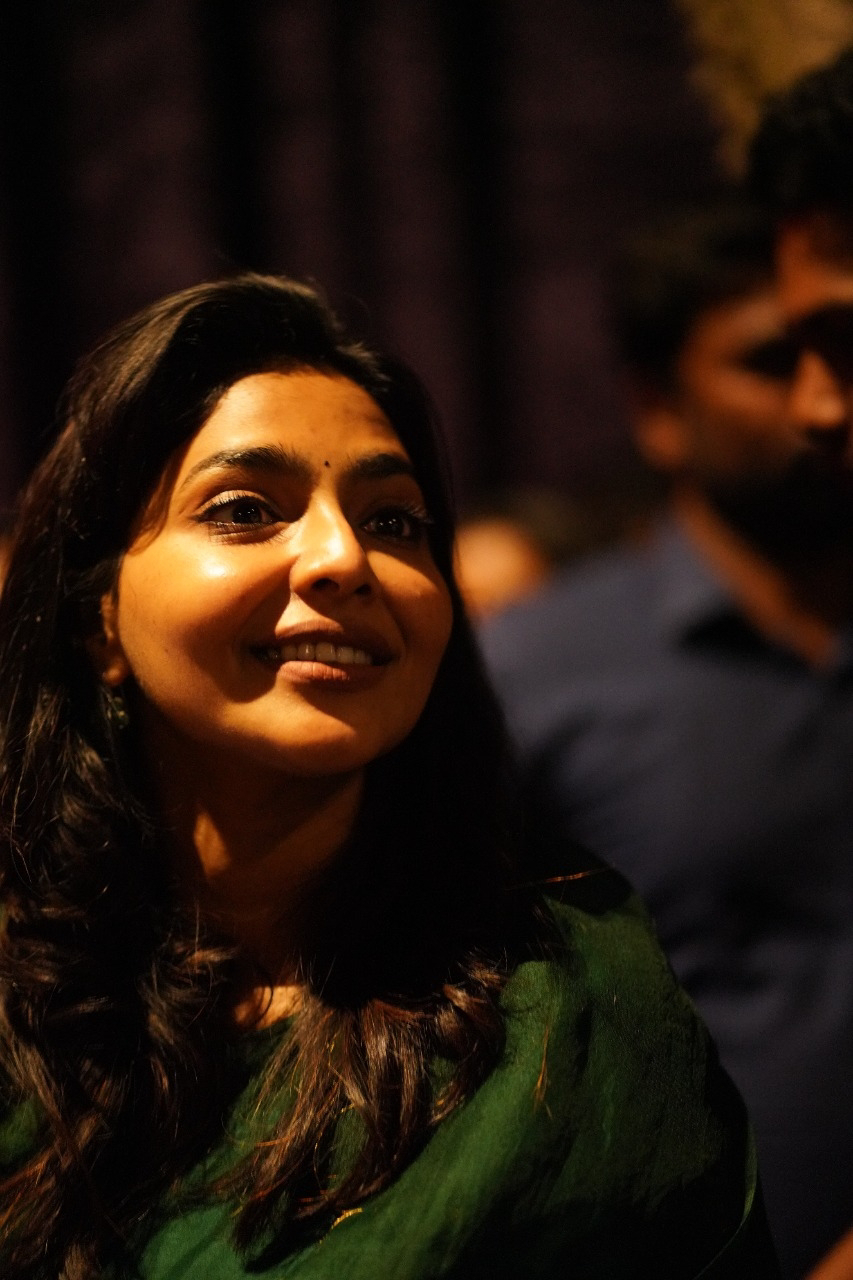 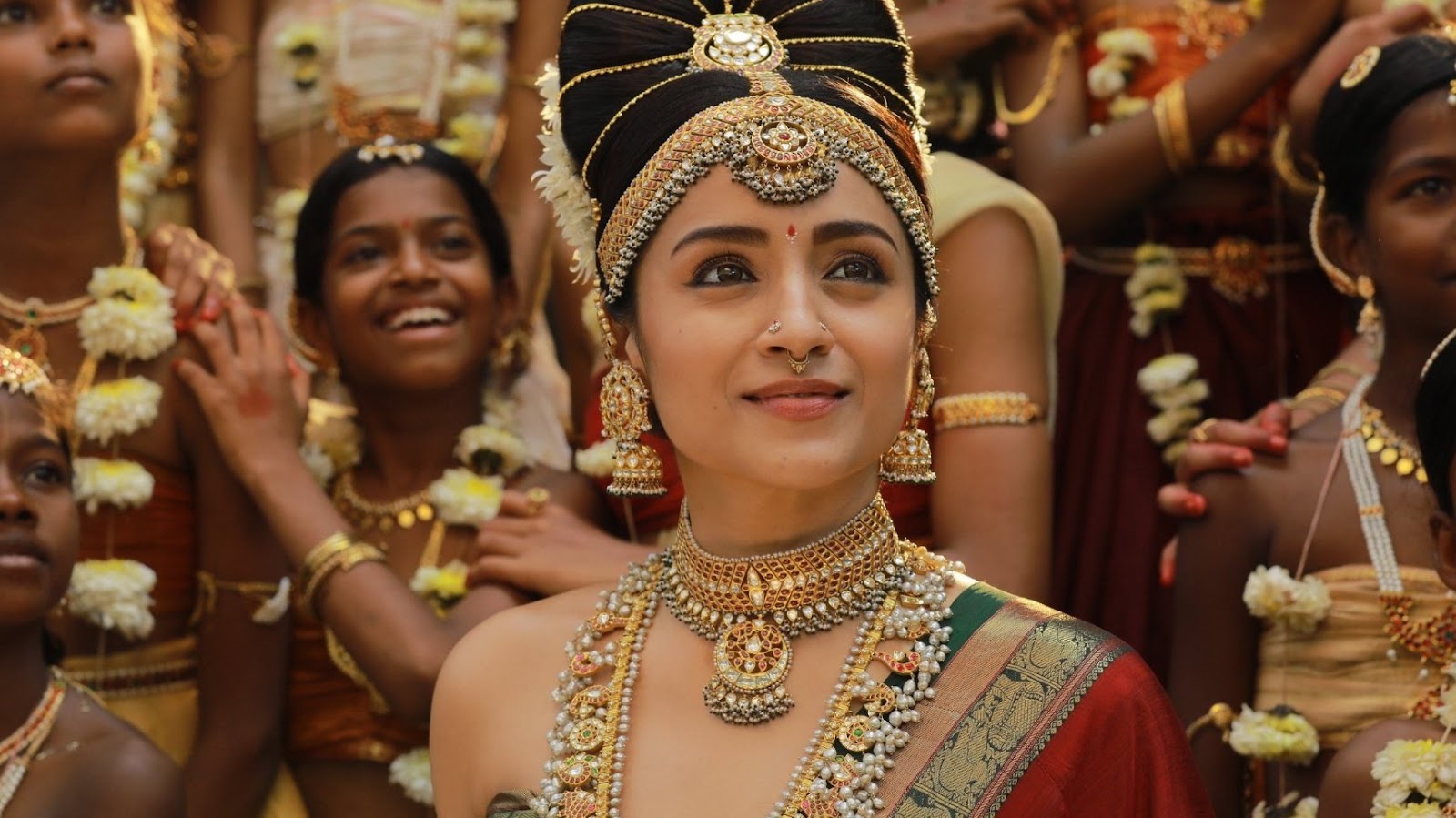 AR Rahman's songs and bgm elevate the film to another level while Ravi Varman's breathtaking visuals breathe life into every frame. Thota Tharani's art direction is another huge plus with jaw dropping scale of sets. Eka Lakhani's costumes lend an authentic touch, with their rich fabrics, colors, textures and designs and coupled with the exotic jewellery designs for both men and women,  all makes for incredible visuals in every frame. 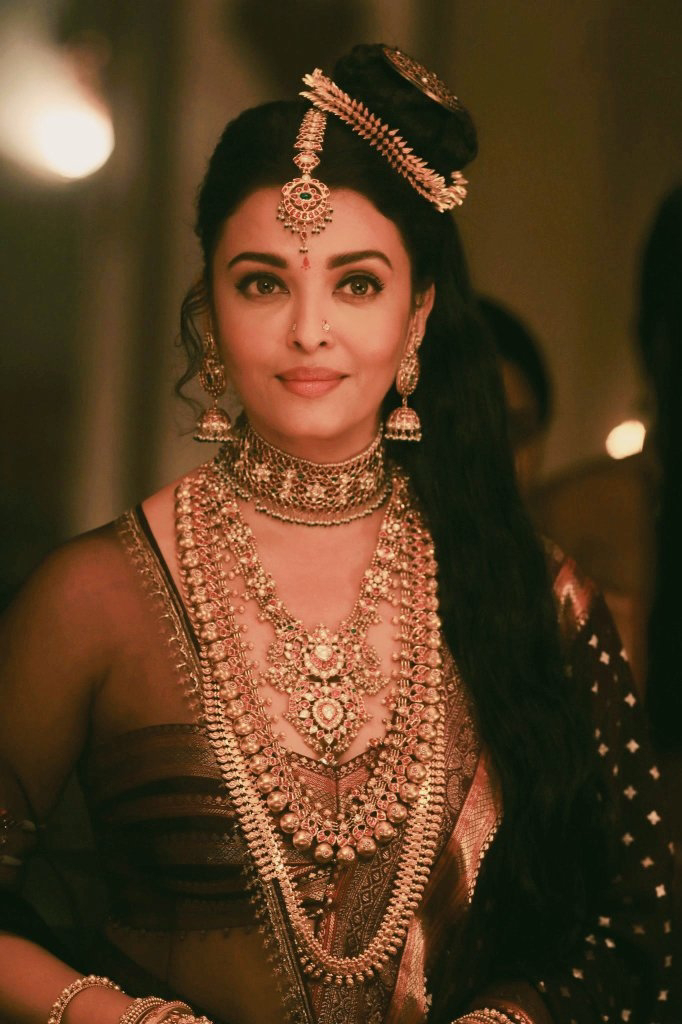