- November 04, 2022
Coffee With Kadhal directed by  Sundar C hit theatres on Nov 4th.
Prathap Pothen plays a businessman in Ooty. His daughter Varshini ( DD ) is pregnant. His son Kathir (Jai) a playboy, decides to marry a family friends' daughter Diya (a neat Kollywood debut by Malavika Sharma) so that he gets the coveted family property of her father and makes his dream restaurant. 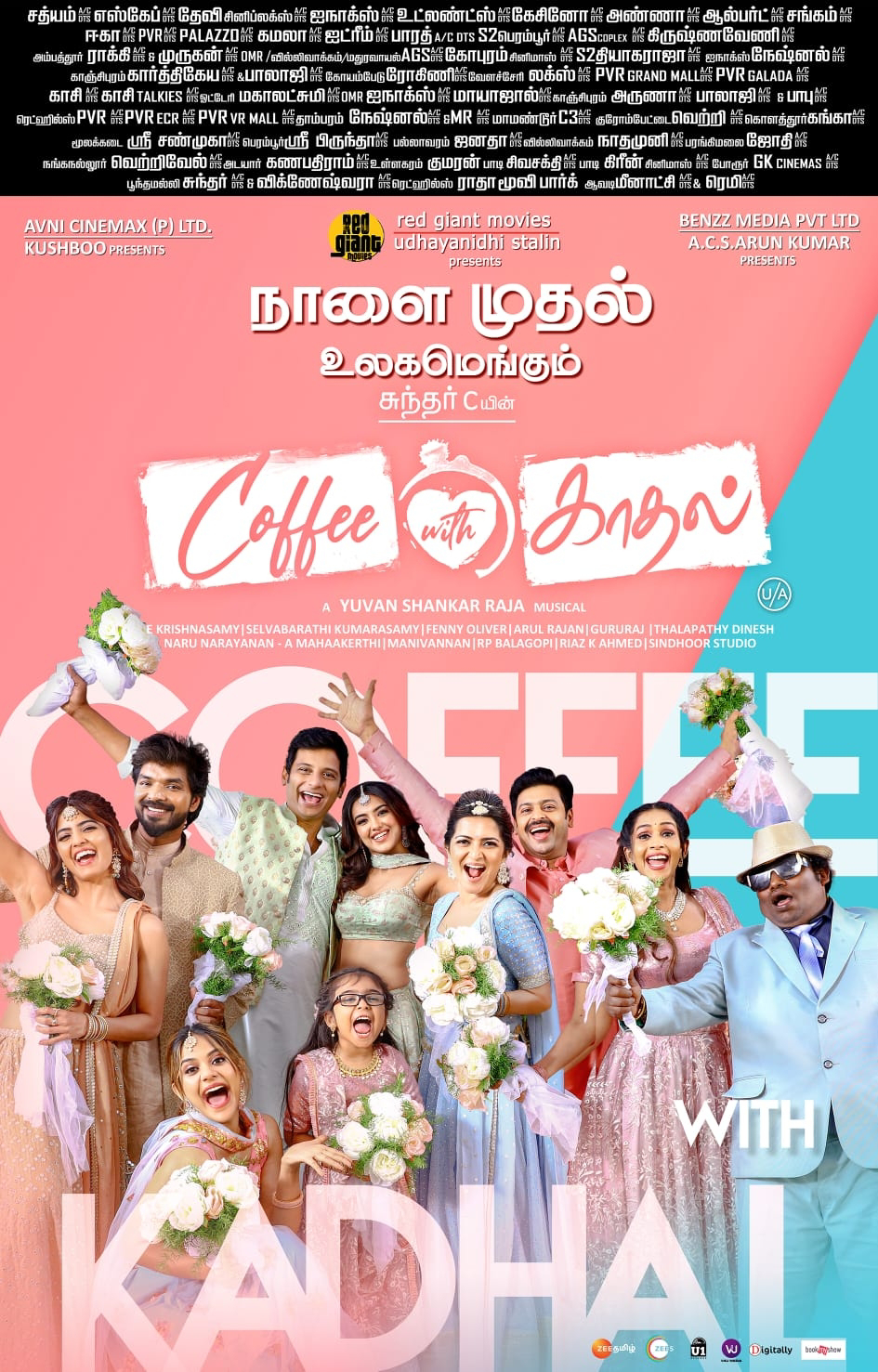 His bestie Abhi ( Amrita Iyer) is secretly in love with him. The eldest, Saravanan (Jiiva) drops his start-up plans after his live-in partner Neetu ( Aishwarya Dutta) dumps him for a star.
Srikant is the third son who is married to Radhika  (Samyukta) and has a child. He doesnt have much of affection for his wife  so  when a bubbly, trendy girl
(Raiza,Wilson) enters his life and gives him a make over,  he is attracted to her.
Yogi Babu and Redin Kingsley are wedding planners who are desperate to make a quick buck. 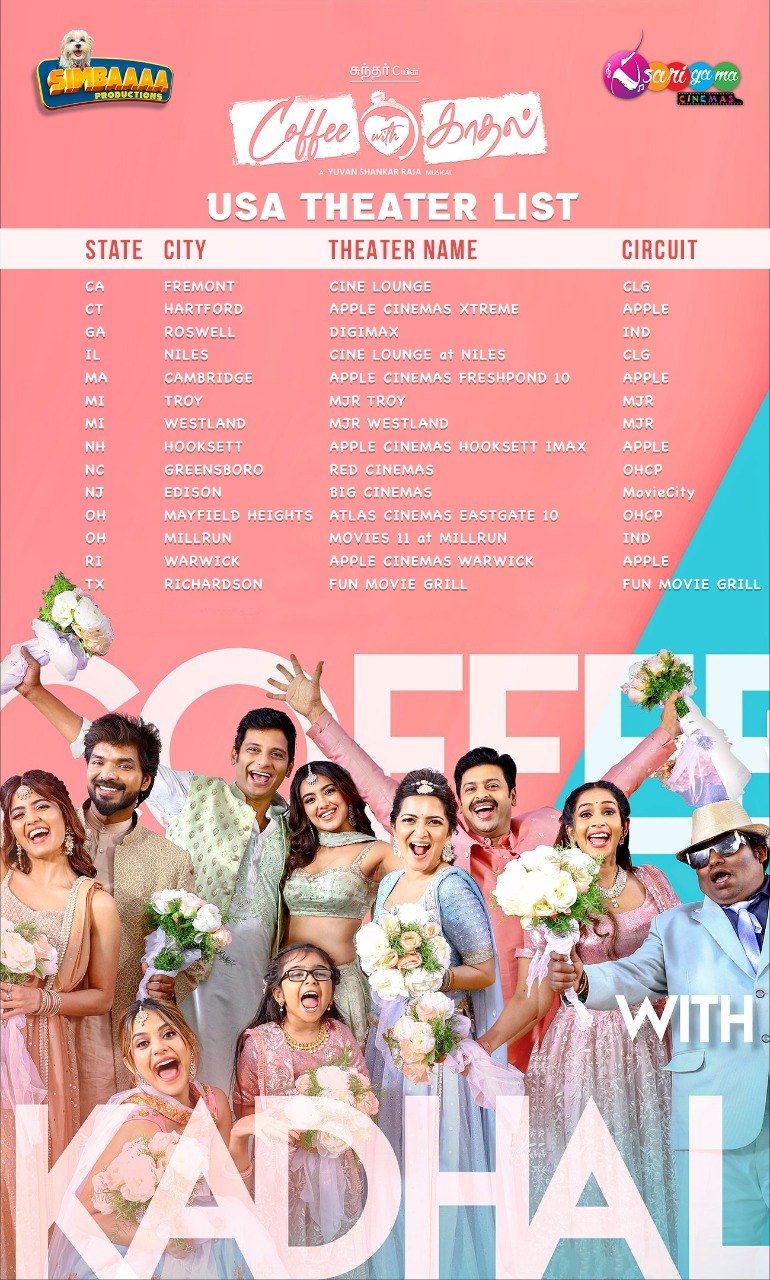 But complications set into this world when Kathir  realises his feelings for Abhi who is engaged to another man.   Saravanan and Diya get close. But new obstacles appear in their path.  Several relationships get knotted up unexpectedly and there is confusions galore. Who ends up with whom in the end?
Coffee With Kadhal is a glossy rom com with Ooty making for perfect picture postcard visuals. The actors do their best to entertain with good performances but the writing and screenplay  doesnt manage to engage the viewer as much as it should. A story about messy relationships with a huge potential for comedy gets more doses of drama and emotions instead. The film picks up in the scenes where comedy is more in focus.
The slow romance between Jiiva and Malvika is well brought out in the song and few scenes. DD makes a good acting debut and one would like to see her more on screen. Srikanth's scenes are hilarious as well.
Yogi Babu and Kingsley manage to evoke a few laughs with their presence.
A crisper edit and more of comedy over the   emotional drama  would have added to the film's appeal.  The peppy  song at the end credits is one to watch out for. Overall, a feel good family entertainer.
Rating 3/ 5