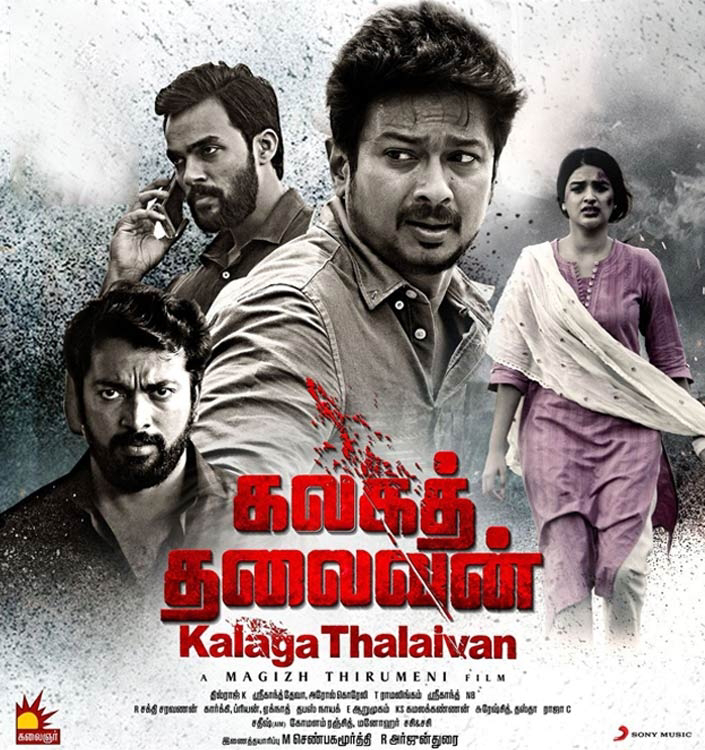 A corporate giant Vahjrah is in potential big trouble due to key secrets  being leaked out about their new launch vehicle. They hire ex army commando and now hitman, Arjun ( Arav) and his team to find out where the leaks are from.  Arjun does a thorough job and the final links lead him to Chennai, to Karthik Gandhi (Kalaiyrasan) and Thirumaaran (Udhaynidhi Stalin) who are working in Vahjrah. Are these two whistle blowers or selling company secrets for money? How does Arjun discover their well- covered tracks?  Does the ruthless  killer Arjun succeed in his plans to expose and eliminate the duo? 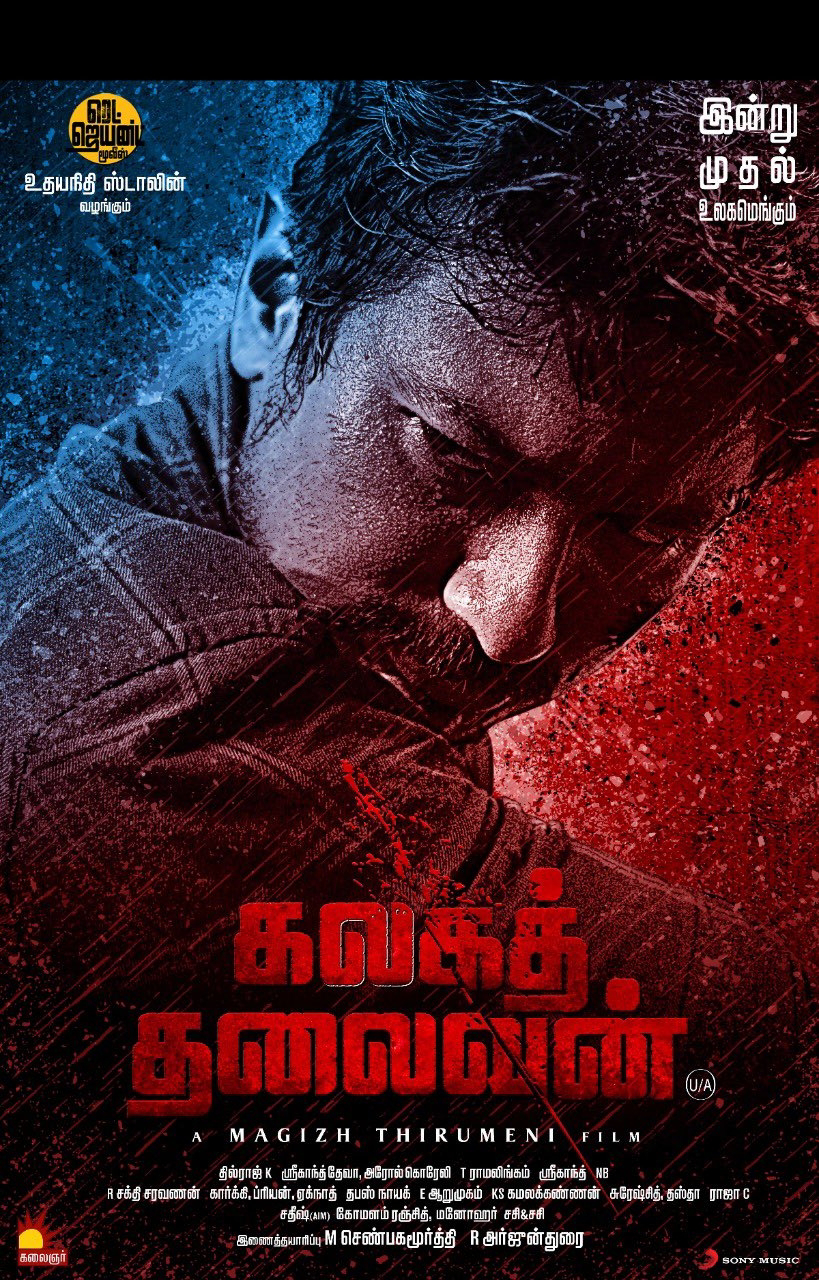 Magizh Thirumeni has delivered a neatly packaged action thriller dealing with corporate espionage, aided by a well chosen cast. Udhay does a neat job as the quiet but resilient and intelligent mastermind who can use  both brain and brawn in equal measure ( watch out for the climax) and carries out his role  effortlessly and convincingly. Nidhi Agarwal, cast as a doctor who falls for him, has given a subtle yet solid performance in the screen time accorded to her.  Though their chemistry is somewhat subdued, the depth of their feelings for each other is well conveyed. 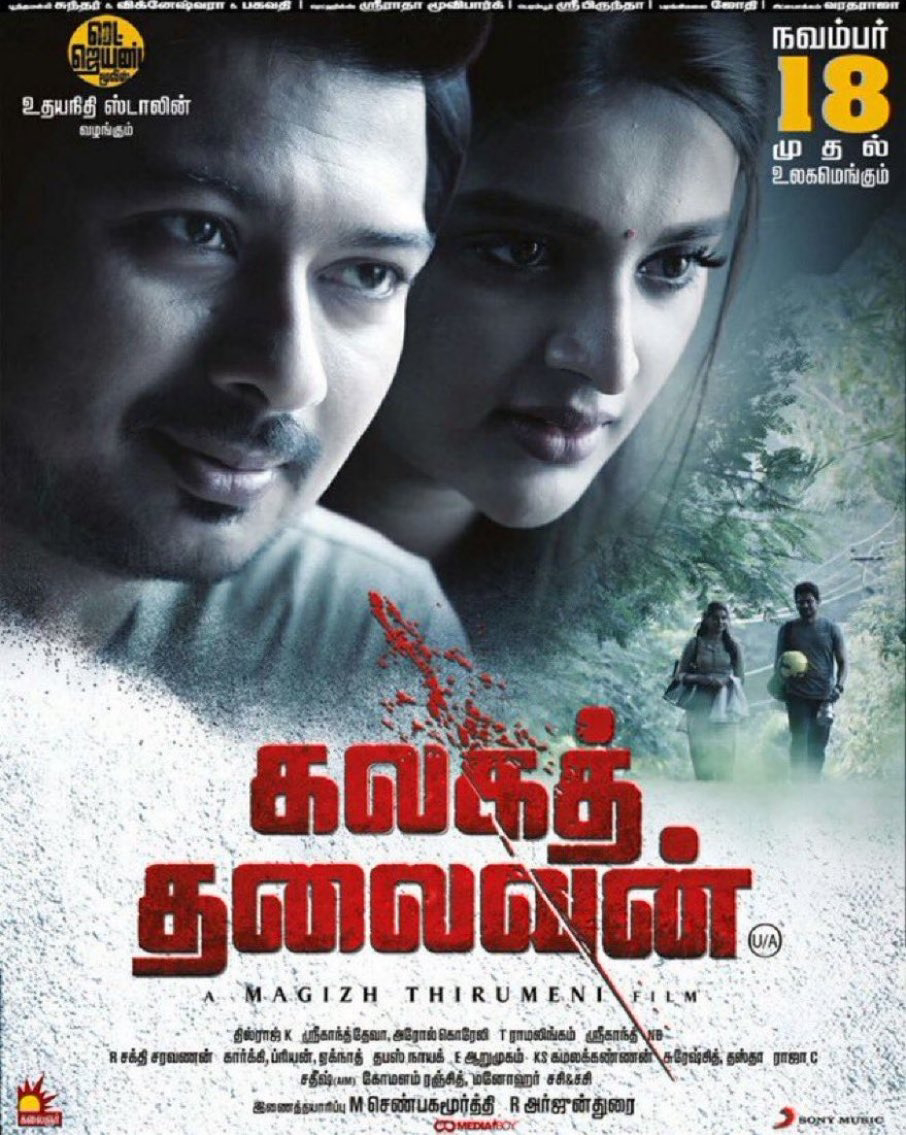 Aarav delivers a career best act, with a measured performance as the deadly, ruthless and menacing ex commando who will go to any lengths to dig out the truth.
The dialogues are kept crisp, sans melodrama and with clear focus on the story,  Magizh keeps the screenplay racy, the action rivetting and keeps the viewer guessing as the story moves forward. The non- linear narration requires your full attention.
The bgm by Srikanth Deva works well while the camerwork by Dilraj K deserves kudos especially in the climax scenes.
On the flip side, though the links between politicos and giant corporates have been touched upon, the topic hasnt been explored beyond a point. The series of tortures can also get a tad too much to watch after a while.
The railway track sequence is particularly engaging as is  the thrilling  climax sequence which has been rivettingly conceptualised and executed.
A cat and mouse game with thrills, action, a dash of romance, solid casting, fast paced screenplay and good performances, Kalaga Thalaivan is a well mounted, engrossing  entertainer.
Rating 3.75/ 5
aarav nidhi Agerwal udhayanidhi