A group of 4 youths find loving girlfriends off their choice and life is set.  But one of them j has a problem. His girlfriend insists on maintaining platonic love with a no touch policy to which he agrees at first but regrets later. When she finds out his real intentions she dissolves the relationship. This breaks him up mentally till he comes up with a plan that will solve all of humanity's relationship and many other problems. 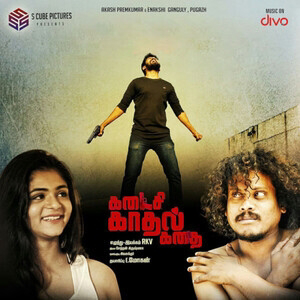 He decides that the entire ills of society are due to the fact that, people wear clothes. He then sees to it that his 3 male friends strip completely and prepare to run away to a nearby forest and live there freely, in touch with Nature.

What happens when this news gets viral? Does he succeed in his plans?

The film despite being  interspersed with double entendres and adult jokes works well in the humor scenes.

The actors have done a good job with hero Akash Vijaykumar playing his role with credibility. The movie attempts to highlight social ills with its dialogues and several points are well established. The fact that it does so in an entertaining and no preachy manner, with a novel story and screenplay,  works in its favor.