It looks like the entire team of Yogi Babu starrer Dharma Prabhu has turned spiritual during the shooting of this film. 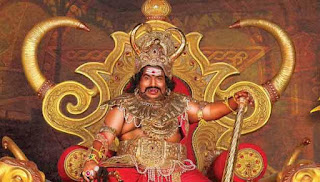 Even before the commencement of the shooting, Yogi Babu, producer P. Ranganathan and director Muthu Kumaran of this film visited the temple of Yama Dharma Raja in Kumbakonam followed by Vallkottai Murugan Temple.


Moreover, the huge set works of Yama Lokham worth Rs.2Cr has been erected in a Chennai studio. To make sure that the divinity of Yama Dharma Raja prevails, the entire team has turned vegetarian on the sets, where non-vegetarian food items aren’t cooked or served on the location spot. This shows their spiritual inclination and sincere belief in the sanctity of the characters portrayed. Yogi Babu


Remains to be seen how the comedy in the film translates on screen without compromising the beliefs of the viewers.