Devarattam will be a turning point in Gautham Karthik's career

Deverattam is Studio Green's next release on May 1st. The film stars  Gautham Karthik opposite Manjima Mohan. The film is directed by Muthiah.

The film is about Deverattam which is  a Kalai and an attam which is practised in temples by one and all revealed the team members. The film is not a caste based film the director Muthiah confirmed. 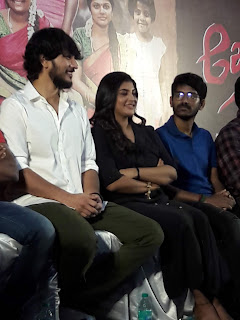 The film is about relationships and family sentiment. The fights are aplenty along with songs and Gautham had to shoot them continuously and his  energy levels were appreciated   by the team. Actor  Vinodini said , " The director has showed an akka thambi relationship and Im happy to be playing that akka role. This is my third film with Studio Green and Im very happy about that."
Muthiah usually shows different relationships in each of his films. Bose Venkat plays an important role. The story is about a family of  6 daughters and 1 son. 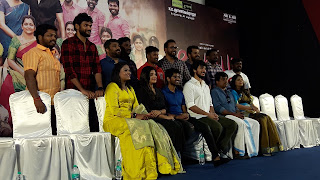 Gautham thanked the team and promised that he would work hard in his forthcoming films. He expressed a desire to work more with director Muthiah frim whom he has learnt a lot.
Producer Gnanavel Raja said, " The first shot would be at 6 45 am and close  at 7pm. This is a big thing for an action film and Muthiah has managed to pull it off taking on the responsibility of production as well. This is Nivas Prasanna's first village subject. I was wondering if Manjima would fit a village  belle role since shes been part of city based Gautham Menon film. But Muthiah assured me she would fit the bill. Soori has a big character length  through the film. Fight master Dilip Subbrayan has  done a lot of hard work for this action film despite his very busy schedule.  The film is mainly about families and relationships. The film will make you want to have an elder sister like the one in the film. Vela Ramamurthy plays the family head. Gautham always had positive energy despite all the stress of thevl action scenes. This film will be a turning point in his career. Though everyone says caste is not a part of this film, its not so. Its about the lives of people as Muthiah has experienced in his life and surroundings.'
Devarattam Gautham Karthik