Dhanush plays a local thief,  Pattas aka Sakthi who lives in a slum area, with Sadhana ( Mehreen Pirzada) as his neighbour. During one of his thefts he unwittingly earns the wrath of Nilan ( Naveen Chandra) , the owner of a martial arts academy.  He also discovers his real mother Kanyakumari ( Sneha) who is out from jail (due to a murder in the past). Through her, he comes to learn that he is the son of  Thiraviyam Perumal ( Dhanush in a dual role), a proud exponent of the Adimurai martial arts form, which is an ancient art, rooted in Tamil soil.

Pattas discovers the cruel betrayal of Nilan in the killing of his father.  Fate gives him a chance to seek revenge and also uphold the cause of Adimurai, so dear to his father. Does Pattas manage to reach his goal? 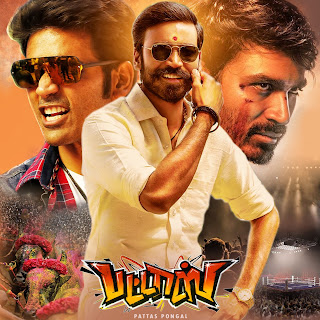