Avni Movies and Rockfort Entertainment's Naan Sirithal held a grand audio launch at a leading posh auditorium in the city.
The film is Sundar C's third film with hero Hip Hop Thamizha Adhi. " He is like my younger brother. This is my third outing with him. This film will have a message and will also be a full time family entertainer, " said Sundar C. 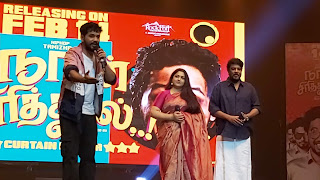 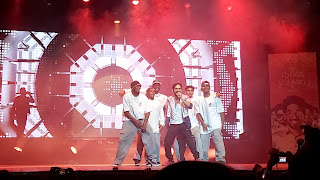 Naan Sirithal is directed by debutant  Raana. It is the story of a man who keeps laughing in every situation,  sad or happy. 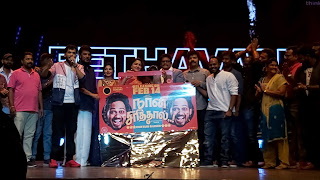 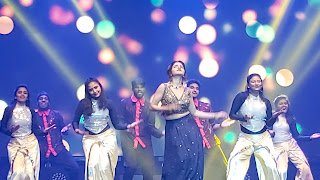 A live dance performance was done by heroine Aishwarya Menon, and a troupe, to one of the songs. Later, Hip Hop Adhi rapped and sang live to the delight of the audiences who also danced along with him,  near their seats.
" The aim of this event was to create an evening of entertainment instead of boring and controversial speeches at the usual audio launches, and the whole thing was conceptialised this way just few days ago, " said director and producer Sundar C.
And going by the audience reaction, their aim to entertain  was sure fulfilled !