With the unlock procedures ongoing in a phased manner, theatres in Tamilnadu had also opened up on 10th November. But there was a deadlock between producers, exhibitors and leading Digital Service Provider, Qube Cinemas, over Virual Print Fees (VPF), which was deemed too high in the present post lockdown era. This tussle was a deterrent for  new releases.  The good news is that in the best interests of the industry at large, the issue has however now been resolved.  An agreement has been reached between all  parties concerned.

This means that new films can now be released with greater fiscal ease, for an already cash-strapped industry reeling under financial budens due to the lockdown. 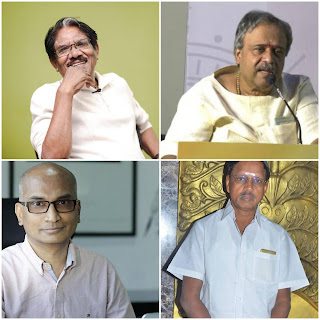 A press release from the TFAPA  reveals the details as follows:

The negotiation and discussion has come to an understanding today among the three parties and an agreement has been signed between TFAPA and Qube Technologies in the presence of TNTMOA President.

As per the agreement, Qube Technologies has offered considerable reduction in their current VPF charges to the members of TFAPA until the period 31/3/2021. On or before this date, all the three parties have agreed to come to a permanent understanding on the VPF charges applicable from 1.4.2021 and decided the issue must be settled once for all before that date so that there are no hindrances in the release of new films.

All the three parties have come to this agreement with a view that Tamil cinema must overcome from the current crisis due to Corona and Producers should continue to release their new films in theatres without any hurdles and at low cost.

Through this agreement, until 31/3/2021, there are no issues for new films to release in Tamil cinema. There are many big budget, medium and small budget films getting ready for release and the film industry expects them to release in theatres so that the audience shall have the opportunity to watch them in theatres. Everyone is confident with these releases the film industry will revive substantially.