The most awaited Ajith Kumar starrer Valimai - The Power,  produced by Boney Kapoor and directed by H Vinoth,  released today to a tremendous welcome by fans. 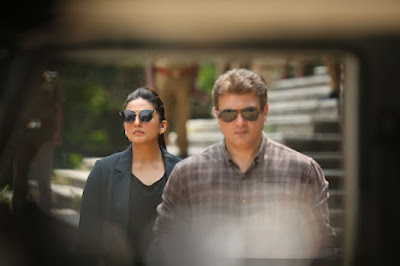 An upright cop, ACP  Arjun ( a dashing and dapper Ajith Kumar in full form ) whose investigations into certain rising crimes, lead him  into the  world of  criminals indulging in the drug trade, bike robbery, murders, chain snatching and the dark web. A follow up on clues, leads Arjun to the  evil mastermind  behind the dark web group of Satan Slaves (Kartikeya Gummakonda). Things get more complicated when Arjun's own family somehow gets caught up in this dangerous scenario. How Arjun deals with it all forms the story. 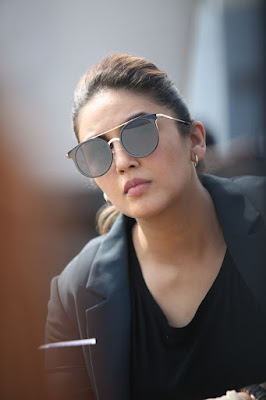 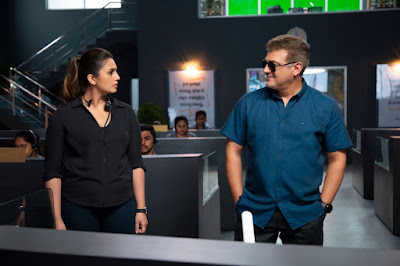 Director H Vinoth, with his penchant for socially relevant themes and an eye for details ( as seen in his previous outings), takes the viewer into the bleak worldwide scenario of crimes in the real world which are aided by the virtual one, the misuse of  the power of technology, and how unemployed youth are targeted  to be exploited by criminals.

Undoubtedly one of the highlights of the film are Ajith Kumar's elaborately executed bike chases and the hi- octane action blocks  with Dhilip Subbrayan's thrilling stunt choreography  giving an international feel to the meticulously planned bike chases. The scenes involving a bus, bikers and a truck is one of the nail-biting highlights of the film.

The cinematography of Nirav Shah is another plus in executing director H Vinoth's  vision.

Heroine Huma Quereshi plays a no- nonsense cop and is given her own  action scenes in keeping with the story. The film's avoidance of any forced romantic angle,  works in its favor,  keeping the focus on the story. 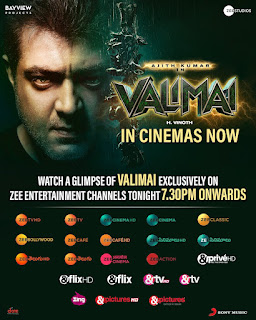 However, the elongated emotional, family sentiment elements in the film somehow seem to act as speedbreakers  and a bit of trimming could have made for crisper viewing.

On the whole, innovative stunts, hi - octane bike chases bringing to the fore the stylish  persona of real life biker Ajith Kumar, a good social  message and H Vinoth's focus on a relevant, contemporary issue affecting the world at large, make Valimai an engaging action thriller to watch on the big screen.