For Shiva ( Ranbir Kapoor) its love at first sight the minute he spots Isha ( Alia Bhatt). As their love story unfolds, its revealed that Shiva has an uncanny connect with fire. His powers come alive especially when Isha is with him.  He gets visions of few incidents which are a mystery to him. 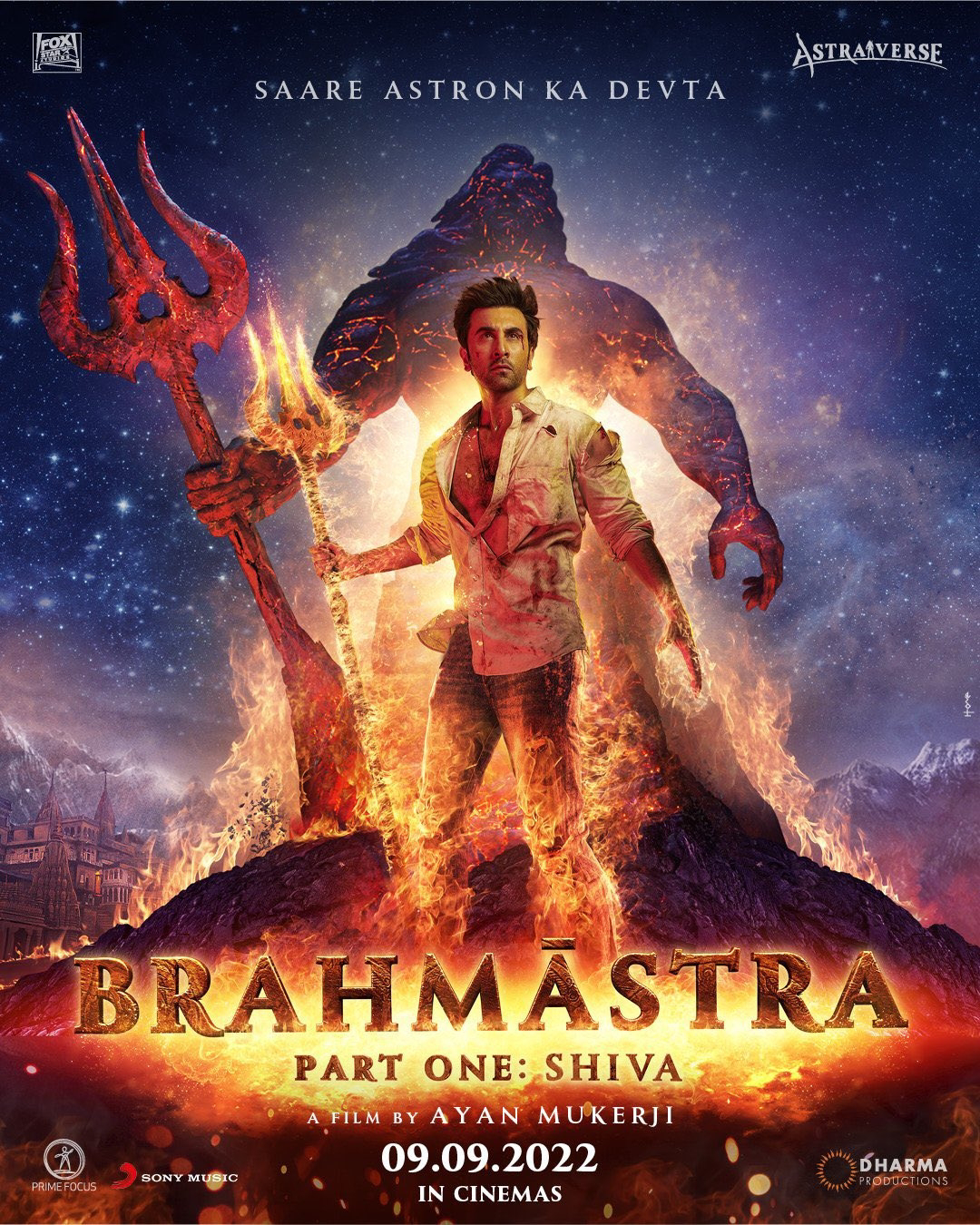 A villainous Mouni Roy and her sidekicks now enter the fray in hot pursuit of pieces of the magical brahmastra. As the lovers are chased, they discover newer characters like Nandiastra,( Nagarjuna in a  short appearance), a guruji ( Amitabh Bachchan) and his disciples. When Guruji reveals that Shiva has magical powers within him,  Shiva is reluctant to tap into what it all means.  But when danger lands right at their doorstep, what happens? What secrets about his past and his own powers does Shiva uncover?

A large part of the film consists  of characters  holding long winded monologues about characters from the past and the astra world, that are a test of patience and get tough to keep track of.

The love story between the leads is weakly written. Though the leads do look beautiful together,  the well lit close- ups and  similar expressions, get repetitive after a while.

A James Bond type car chase scene  on a mountain road and one action block between Guruji's disciples and the baddies, are interesting. But why one of the astra- using villains, resorts to a gun fight in one scene is unexplained

The cinematography is good and the songs are catchy numbers and shot on a grand scale.

But for the most part, the  overdose of VFX with an over kill of bright lights and repetitive dancing balls of fire  (especially near the climax), get too tedious to watch and even the 3D doesn't help resusticate interest.

A tiresome screenplay, weak writing, an unengaging romance, a repetitive over kill of bright VFX warfare, and a lack of emotional connect with the characters,  make Brahmastra an underwhelming watch.