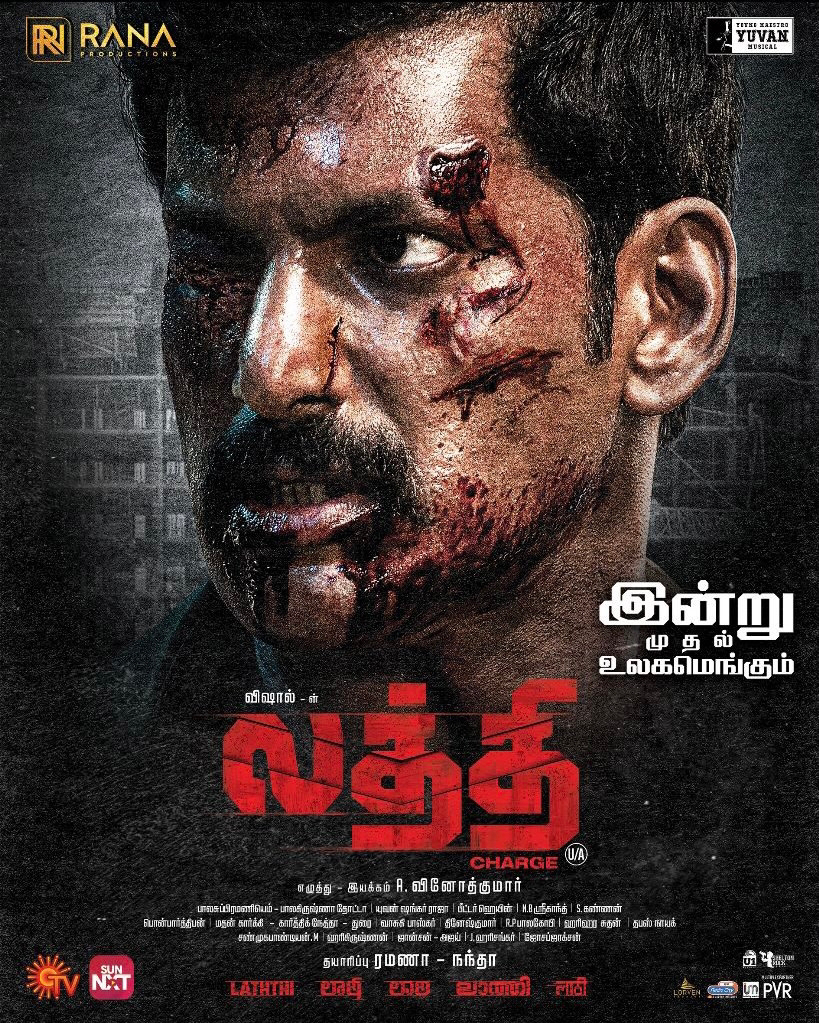 Vishal plays a constable who gets suspended because of wielding the laththi mercilessly on an accused, at the behest of a senior cop. Months later, he gets back his job due to his wife's
(Sunaina) contact as a nurse.
But trouble follows him when he is once again called by senior cop ( Prabhu) to wield the laththi on  a renowned Don's, villainous, hardened criminal son
( Ramana).
After this,  the entire don brigade, which is furious and thirsting for his blood, is adamant to find him and wreak vengeance. Do they succeed? 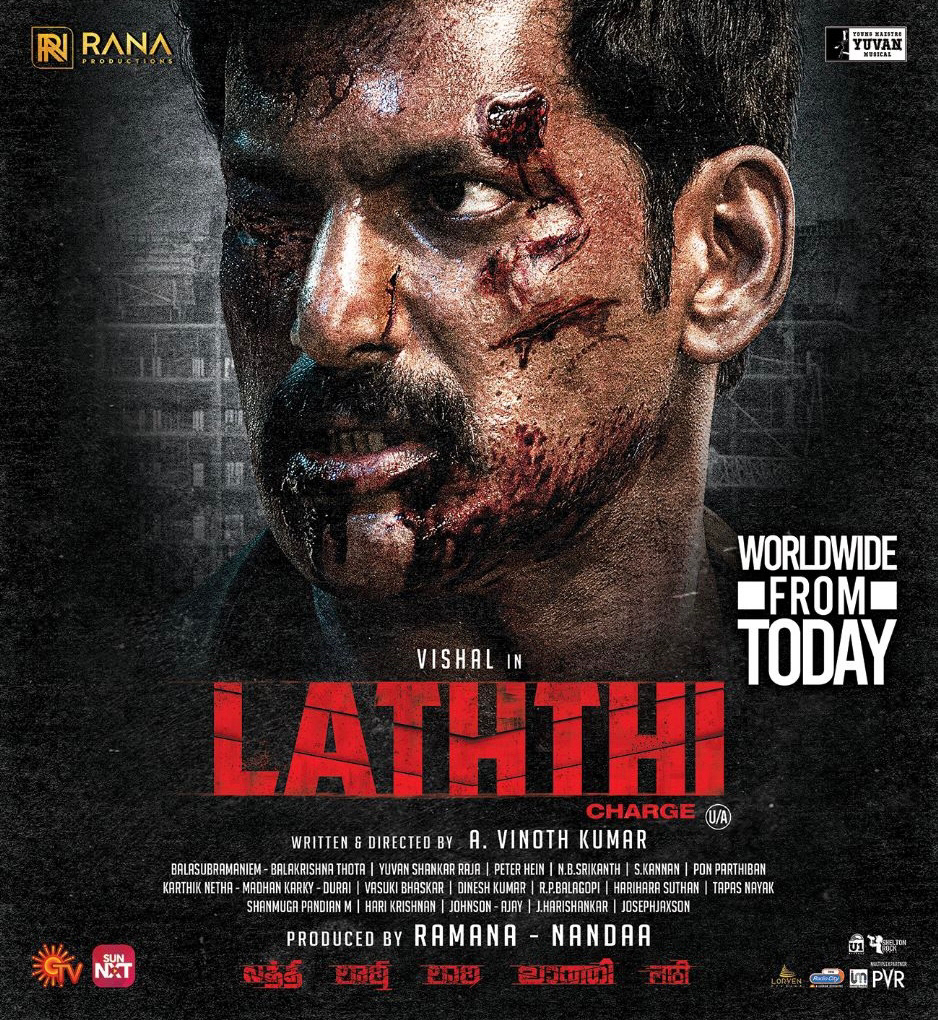 Vishal as the constable does a great job portraying his sincerity to his job and as a family man, who later transforms into a mean machine determined to protect his son, family and also wipe out the criminals despite the high odds stacked against him.  The family scenes, especially with his son are endearing while the hi octane action filled climax is one big adrenaline rush with Vishal surpassing himself with some very dangerous looking stunts in an under construction building.
Ramana as the hardened criminal does a great job of it, looking every inch the part in a good performance which brings out his rage.
Munishkanth has a brief but significant appearance while Sunaina does well in the portions she appears in. The child actor deserves mention for his endearing performance.
Yuvan's bgm elevates the action scenes of choreographer Peter Hein whose action scenes make you almost feel the pain of the hero and his injuries in the climax.
On the flip side the long drawm out climax could do with a few cuts while the appearance of hundreds of goons all to be thrashed by one constable and his laththi gives a bit of a filmi touch.
Overall,  Laththi is for lovers of the  action genre. The simple storyline is fleshed out by good performances and the idea of how a simple, sincere constable takes on more than one man can handle and wins by planning, determination and  sheer courage is engagingly portrayed with tense moments, gripping scenes and twists.
Rating 3.5/5