MPME as this film is referred to in short, is centred around the events of a chain -snatching bid gone awry. Sentiment, drama and action in a package is what director R Rahesh had tried to give us, quite successfully. 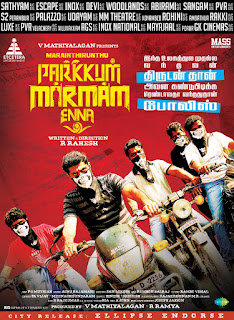 When the lead actor Dhruv, is shown snatching chains for a living after winning the attention of and entry  into  a dangerous gang of chain snatchers, there is ample amount of curiosity generated.
And the film keeps up the pace, capitalising on the director's good research on how such gangs operate, who is behind  them and how the public become inadvertant victims. To say more would give way to spoilers. This part of the film moves fast with some risky stunts performed well by Dhruva and the cast of villains. The director seems to have done his homework and his effort shows.

Aishwarya Dutta is shown  as  a spunky girl training to be a cop and the girl Dhruv falls for. But there is a another girl ( Anjana Prem in a good performance) in his life as well in the flsshback portions. This ultimately reveals how our hero landed up in this job and his motive behind it. 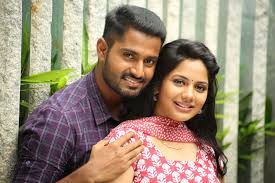 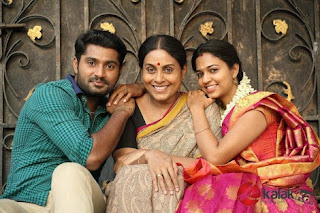 Saranya Ponvannan in a humorous avatar carries her scenes to perfection. The scenes with her son make for a good watch. The second heroine is shown as a compere. Its good to see the director casting his heroines as professionals instead of just ' cute and bubbly' girls  often seen on screen.
J D Chakravarty, Radha Ravi, Manobala and Mime Gopi play important characters. The film is a good watch especially for families since the director has aimed at giving an important message concerning the safety of women.