I want to rule the hearts of the people- Vijay Deverakonda 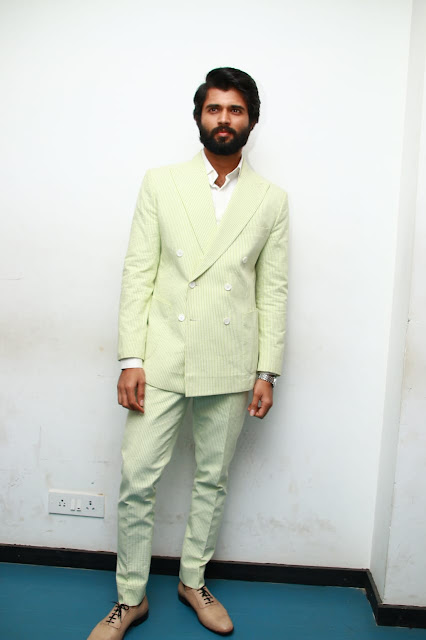 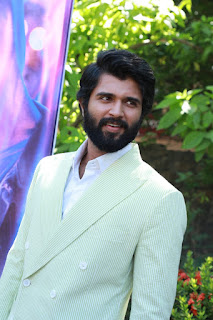 " This is my 2nd film with Anand Shankar after Irumugan. It will be a rocking  debut for Vijay Deverakonda," said Karuna. 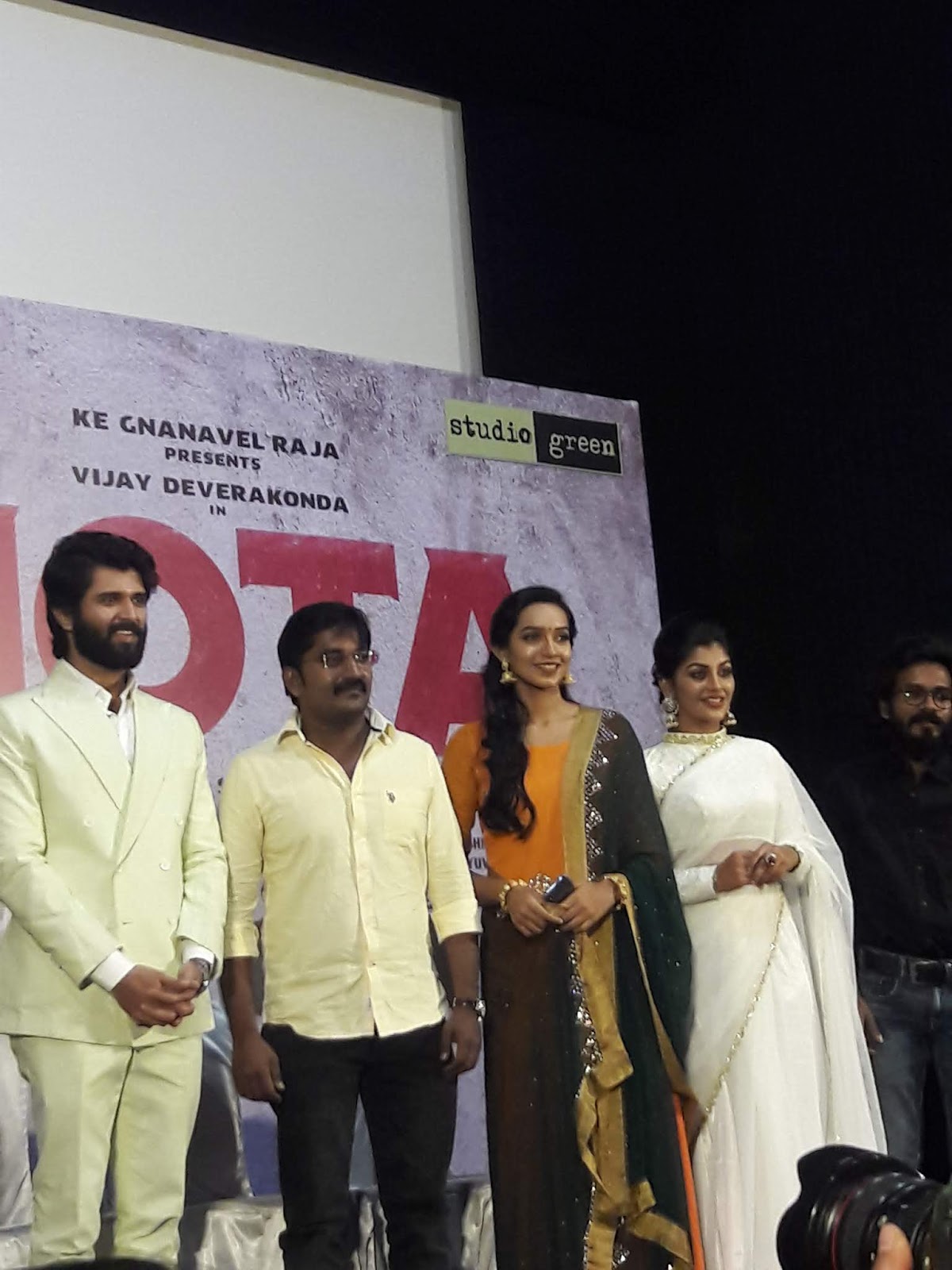 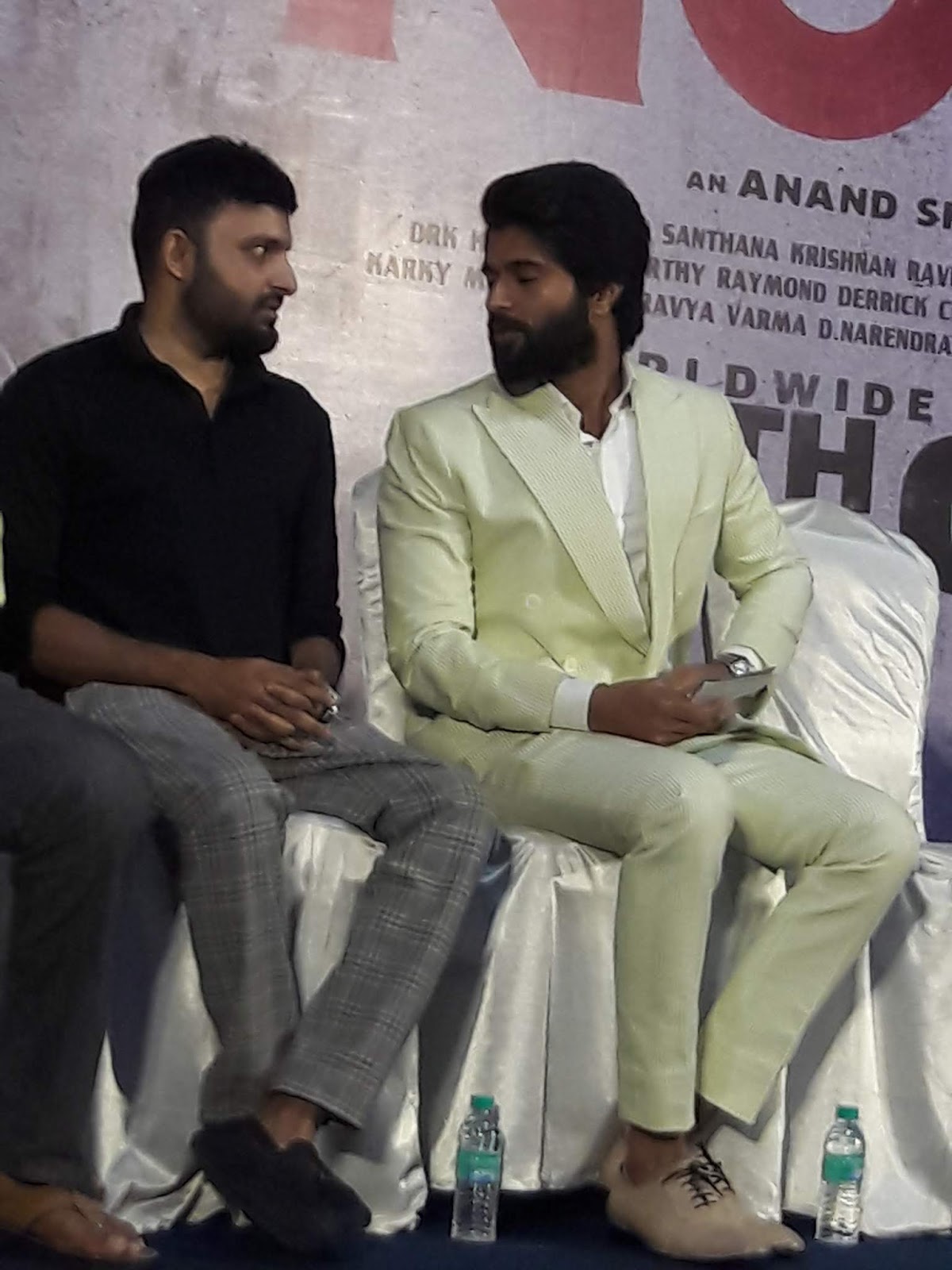 Said MS Bhasker, " Though Vijay doesnt know the language very well his grasping and memory power is very good so he was able to say his dialogues well. He has dubbed for  himself I heard." 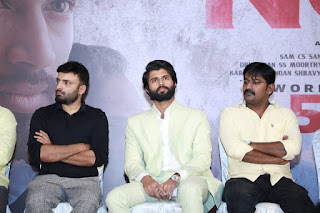 Music director Sam Anton said," Anand values bgm just like me. This film has lots of emotions which we have tried to bring out with full orchestra.The story will not let you move from your seat. It reflects many contemporary issues which people can relate to." Actor Nasser revealed that  he had  a very challenging role in the film. Praising the hero he added, " I associate the word committment with Deverakonda. He is the same person he was before his success. People are following him because of the person he is." 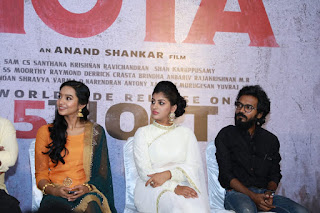 Actor Sathyaraj too praised the Tamil speaking skills of Deverakonda,  "For one scene at EVP he spouted a very long dialogue with complete ease. Normally even if one knows the language one can forget the dialogue but he did it very effortlessly."
Speaking about his film Anand Shankar said there are many important characters in the film apart from the hero. About how  he cast Vijay in the lead he revealed , "When I saw Vijay doing such  varied roles in his Telugu films, the thought  struck me that he would be ideal for this role in a political thriller. Producer Gnanavel Raja sir was very far sighted and supportive to bring a Telugu hit hero like Vijay to a straight Tamil film."
Speaking about Yaashika  he said "She is has done an  imoortant role in the film. She is a person bent on achieving her goals and I like such people."
The highlight of the event was naturally, the Arjun Reddy hero, Nota man, Vijay Deverakonda . 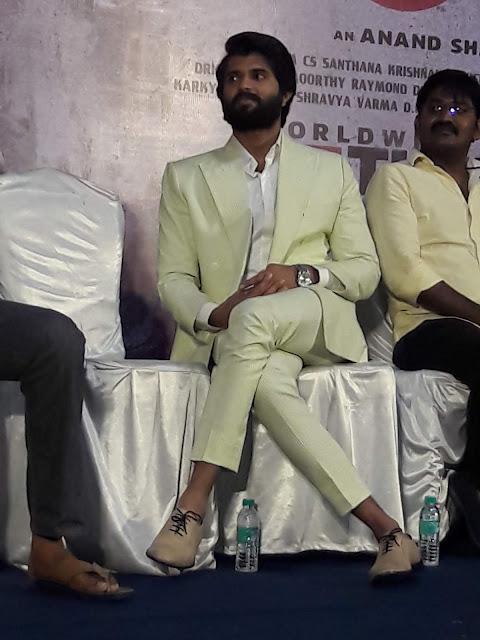 He started off his speech with  a few lines in fluent Tamil showing the effort he has put in for the film, "During my last press meet in Chennai, everytime anyone spoke on stage, I was hardly listening because  I was busy practicing my Thirukkural lines. But today I stand before you with a job well done." The actor praised his co-stars,  and technicians and wound up saying that he was eagerly awaiting the release of the film to meet audiences on Oct 5th in theatres. Signing off with lines from the Thirukkural  he said, ' I dont want to conquer the world, but the hearts of the people of TN."