Director Zion debuts with this film which revolves around loan sharks and how the lives of youngsters involved with them are affected. 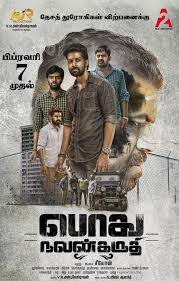 The story showcases turf wars between loan sharks and how violence  begets violence. How 3 different  youth's lives shape up and are impacted due to thier close contact with them forms the story.

Zion has chosen a talented cast who pull off the story with ease. Several characters display thier unique viewpoints and take on life and marriage. He has largely stuck to the story without deviations like comedy tracks. The production values are good.

On the flip side , there are too many scenes of characters mouthing similar, angry fast -paced dialogues, which make for a tiresome watch. 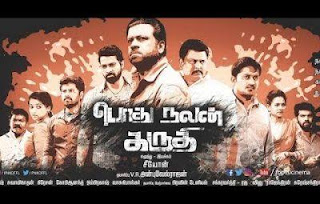 Karunakaran's love interest seems perenially upset with him and her irritation jars after a while. Santosh, Yog, Adith, Leesha, Arun, Anu Sithara and Ashmitha all play thier roles well. But the screenplay moves so fast that many a time, we dont get time to invest in the characters and feel for them.
However, the director should be commended for his choice of script and a different story for his debut project.