The story revolves around a young man Sundharam ( Santosh Pratap) who rises in life from poverty till he becomes a rich hotel owner with 100 restaurants. 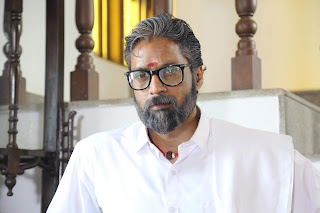 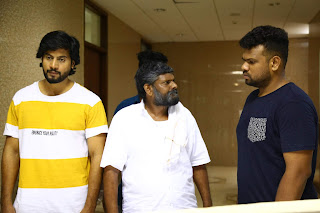 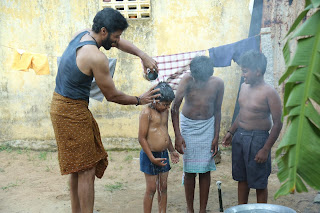 As a youth, he even gives up marriage, in order to look after 3 orphan boys that he adopts. He is highly charitable and a do- gooder all through his life. He is aided by his Man Friday ( Kanja Karuppu).
When he becomes old  and his sons are grown -up, things begin to go downhill. The sons are gamblers and have no respect for him.  Things go from bad to worse till one day they get him to sign his wealth to them and turn him out of his home and business. He is back on the streets as he was in childhood. Will things ever get better? Will his sons realise their mistake?

The film tries to drive home points about charity,  compassion and hard work via its main lead Sundharam. Santosh Pratap is a fine actor and does full justice to his role. The 3 sons do their bit and Kanja Karuppu is seen in a more serious role for once. The making shows good production values.

But the film seems to drag on with no respite, seeming to re-iterate the same points in different ways. None of the characters establish any emotional connect with the viewer. Though Santosh is emoting on screen, we don't feel any empathy for him. There is no clear reason shown why the sons who love him deeply suddenly turn on him the way they do.  The only real chemistry is between Santosh and Kanja Karuppu.

Santosh doesnt quite fit the part of an old man. In need of trimming, Irumbu Manithan feels like watching an entire, long, biography, leaving you with a weighed down feeling.
Rating 2/5
CinemaSpeak.in