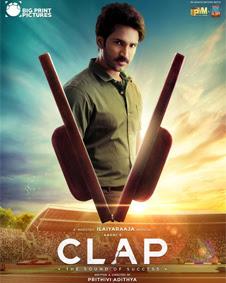 The film traces the emotional journey and  physical struggle of an athlete Kathir ( Aadhi in a rivetting performance) who was brought up by a doting father ( Prakash Raj) with the goal of being a national sports champion. A brutal accident leaves his dream in shambles, with an amputated leg and his father's death. The sole silver lining is his lady love ( Akanksha Singh) who refuses to leave him and the duo get married.

But years later, Kathir, now at a desk job, is plagued with Phantom Limb syndrome and leads a life devoid of hope and clams up into a shell even with his wife.

In this scenario, thanks to a colleague (Ramdoss Munishkanth), he discovers a poor orphan, a rural girl Bhagyalakshmi ( Krisha Kurup) who has all the potential of becoming a national champion with the right training. Kathir makes it his mission to make  this dream a reality, giving a new found aim and hope to his own life.  But old enemies ( Nasser) and politics in sports rise as obstacles in his path, and new truths unfold which shatter him.  Will Kathir rise to the occasion, soar like a phoenix and be able to  fulfil his dream for Bhagya this time, is the story.

The casting is a plus point in the film.  Aadhi as Kathir lives his role to the T, reflecting the dejection, pain and hope of his character perfectly. His body language, adds to the complete picture of his character. He shines equally in the sports scenes as an athlete. A serious role, but Aadhi carries it's off with elan, giving the viewer an insight into his struggles both physical and internal. 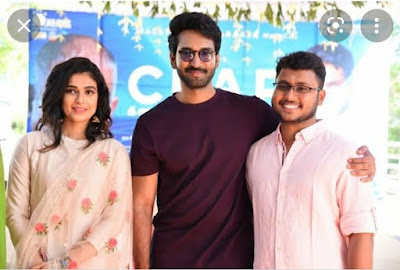 Akanksha Singh shines in the emotional scenes and proves her mettle with a subdued yet fine performance. Krisha Kurup as the young Bhagya is aptly cast and does a superb job. Munishkanth brings a tad of brightness into this serious tale and his scenes with Aadhi not only bring comic relief but also take the story forward.

Director Prithvi deserves kudos for  attempting a different subject while Aadhi deserves praise for choosing a varied script and working diligently to live his role.

The production values are good and though the tale is serious, the screenplay moves rapidly for the most part.

The sports scenes are well shot with a realistic feel.

The director has stuck to the story without undue deviations serving the usual ' commercial interests'. Dialogues are minimal which is a plus. There is no undue melodrama. Veteran Nasser as a formidable enemy is well cast. Akanksha as a sportswoman and later a wife struggling to establish an emotional reconnect with her husband is well brought out in few scenes.

However, there are places where  moments seem a tad predictable. An emotional connect could have been more deeply established to make viewers feel more deeply for the characters.

Overall, Clap makes for a good watch with a dedicated cast, stellar performances and good choice of subject, different  from the usual fare.