The well known, multi-faceted personality of Tamil cinema, producer Dr. G Dhananjayan has always worn many hats. From being a creative producer and National Awards winner for his book on cinema, he is also a columnist and dean of the Film school Bofta apart ftom producing films like Kaatrin Mozhi and Mr Chandramouli.   Recently he has turnrd active on You Tube with his Cinema Central channel. Now, he is stepping into one more arena, that of film direction. 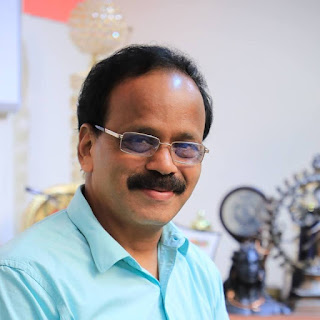 Says he about what inspired the move, "Having worked as creative producer on many projects, I was involved in the screenwriting and filmmaking departments, which helped me gain substantial experience in filmmaking. Of course, success and failures across the years had imparted a wide range of lessons too. Moreover, after embarking on my journey with BOFTA Film Institute, I gathered some knowledge from the versatile film personalities, who visited to  share  their filmmaking experiences.  Although, the idea of filmmaking has been on my mind for many years, my commitments kept delaying the plunge. Finally, it was my wife Lalitha, who took the call and insisted that I should soon proceed with this ambitious venture. "

He has been preparing extensively for this move.  "Over the past four months, my team and I were involved in screenplay discussions. Later, I pitched the screenplayto artistes and technicians, who felt more confident about it and got themselves committed to the project. I wanted to make the announcement on a special occasion and couldn’t think of a better option than my wife Lalitha’s birthday." 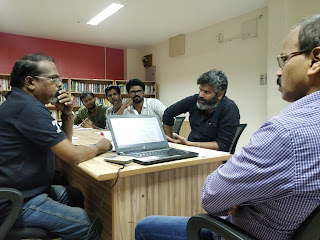 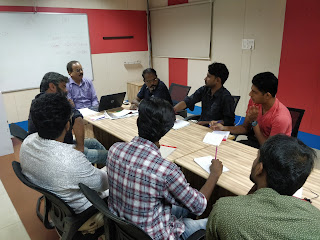 Announcements about the cast and crew will follow by  December and shooting will commence by the end of January 2020. About the genre he says, " It will be a new-age crime thriller and we are looking forward to a great experience.”
We wish the team all the best!
Bofta Dhananjayan