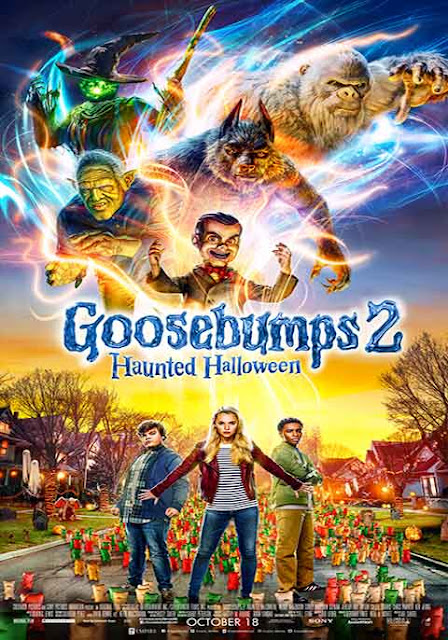 2 kids, Sonny and Sam discover Slappy, a magical ventriloquist dummy that comes to life , has plans of its own and refuses  to leave them alone. The situation  gets out of hand when Slappy is bent on taking over Halloween and bringing to life all the dummy monsters around and taking over the world. Do the kids and thier sister succeed in over-powering the dummy and bringing order back into thier  lives is the story.

The fantasy elements of Halloween day are well showcased, which will no doubt prove enjoyable for kids to watch. The family angle is also bound  to appeal and the scenes where monsters come alive make for interesting visuals. The escapades of Slappy where he helps the kids to overcome thier bullies strike a chord.

On the flip side, the plans of Slappy seem some what predictable and fail to scare as much as one would expect in a film like this.  However, this could also  perhaps be a good thing for those who prefer fantasy to horror and dont want thier equilibrium disturbed.

Overall, the film makes for an interesting one time watch without getting the adrenaline pumping too much.
Goosebumps 2