Escape Room directed by Adam Robitel is a thriller about Six adventurous strangers who travel to a mysterious building to experience the escape room -- a game where players compete to solve a series of puzzles to win $10,000. 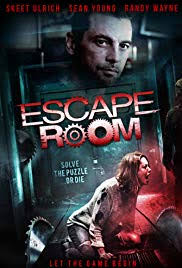 Everything starts out as seemingly innocent fun at first but soon turns into a living nightmare as the four men and two women discover each room is an elaborate trap that's part of a sadistic game of life or death.

They have to figure out a way to get out alive, leading to several tense moments, near misses and self discovery along the way. Does anyone survive and if so how? 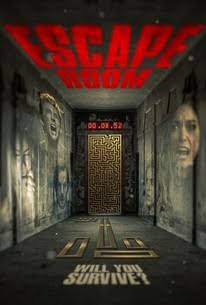 The film has its dramatic moments alright and is a good watch for lovers of this genre. The set work is excellent and makes for a variety of interesting  backgrounds for the struggling lot . Though it could be said to slightly cliched in some places. However,  watch out for the ending and decide for yourself.