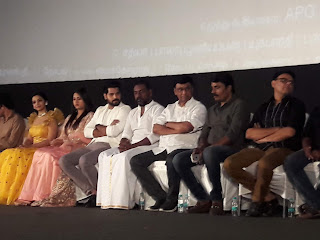 Lollu Sabha Jeeva and many other dignitaries. 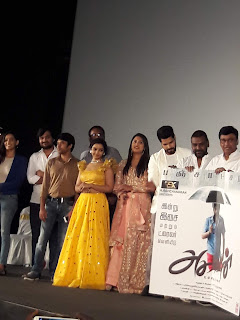 The hero is Kishore Ravichandran,  with two heroines Cheera Sri and Nithya Shetty. The music is by C Sathya.   The film is directed by APG Ezhumalai. 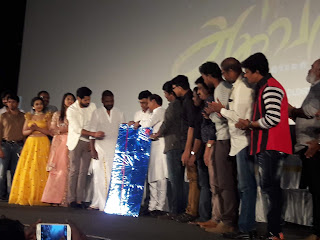 The film is based on the Aghatheeswaran kovil.  Producer Ravichandran who is a huge Rajinikanth rasigan has launched his son as a hero. ' I wanted to make a film with spirituality and Sivan at its core. Director APG Ezhumalai worked on a script and brought to me. That's how Aghavan came to be."

Nithya Shetty a former child artist  said it was not easy to play Tulasi as she was not that chirpy and bubbly in real life. 'The footage doesnt reveal that Ezhumalai sir is a debut director. He was our energy packet on sets. I didnt put any makeup for the film. Shooting for the film especially at the Jog falls was not easy. The producer treated us all like a family and even invited us to his home for homecooked food. As for Kishore I couldnt believe this is his second film. He was so dedicated." 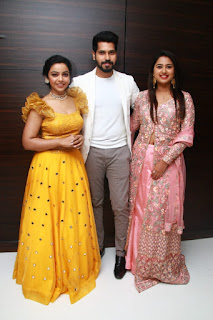 Music director S Sathya said, "I thank the producer. Its not easy for an entire team to be in synch and it was because of him that we experienced it. This is Ezhumalai's debut film and has many surprise elements that one cannot even guess!  He will rise to great heights."