Charlie's Angels, directed by Elizabeth Banks ( who also stars in the film as Bosley), is about a computer engineer, Elena ( Naomi Scott) who lands in trouble when she tries to blow the whistle on the potential dangers of a flaw on a technology she designed. The Angels need to protect her from hit men and a bunch of goons who want to sell the tech to the highest bidder for sinister purposes. Do they succeed? 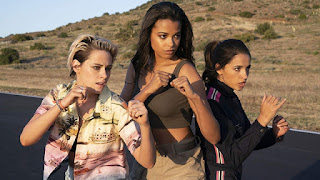 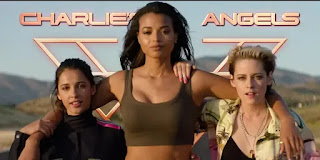 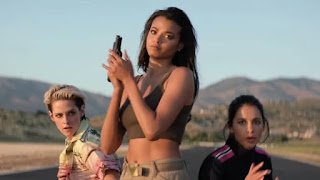 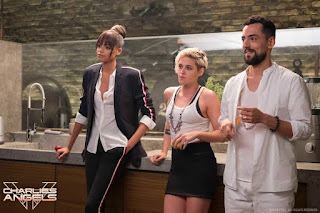 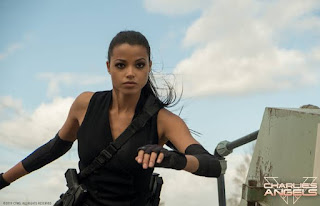 The writer and director Banks, has tweaked the popular franchise for a younger audience. There are enough of signals towards women empowerment,with  girl power kicking the baddies to pulp ( Kristen Stewart , Ella Balinska both standing out,   in wonderful form in major stunt scenes). Patrick Stewart as the retired employee has some aces up his sleeve, all making for a good watch.
But on the downside, there are one too many one -liners meant to be witty, which somehow take away from the urgency of the action. The shoes, clothes and makeup seem too heavy a touch in a few scenes, distracting from the serious issues at hand, even as Ballinska is kicking up a storm with her kick -ass stunts, runs and chases. The sheer innocence of Elena who can't get a hang of what she's landed herself into, is a tad incredelous, coming as she does from a large corporate.
Among the stunts to watch out for , are the stunts in the cafe, on the roads and inside the warehouse.
Charlie's Angels