SR Prabhu calls for End to ' statement wars' between Theatres and Producers!

The covid pandemic lockdown situation led to theatrical releases becoming impossible.  Films which were ready for release being directly hit at the time,  some chose to take the OTT route. In Kollywood Suriya announced his Ponmagal Vandhal would release on Amazon Prime on May 29 while Karthik Subbaraj's production Penguin, with Keerthy Suresh, will release on June 19.
In Bollywood too, Amitabh Bachchan's Gulabo Sitabo will release on June 20 apart from several films in Kannada and Malayalam. 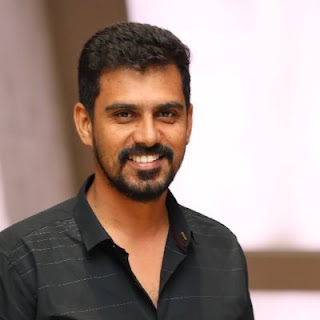 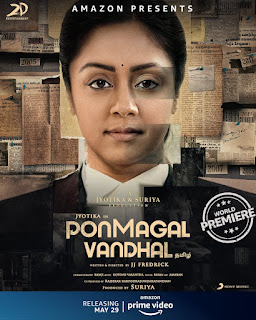 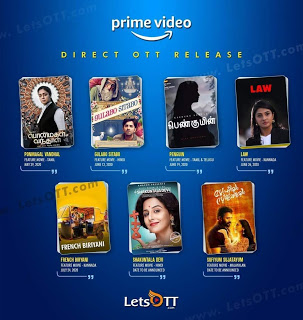 Seven films to release on Amazon Prime in various languages. 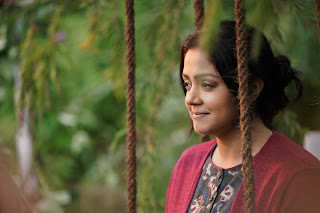 
All this has led to a war between producers and theatre owners, with chains like Inox and PVR not taking kindly to such a shift to the OTT platform by producers. With OTT subscriptions on the rise and the platform now moving from the haunt of millenials to a mainstream source of entertainment, there is a sense of trepidation of losing out on theatrical revenue. 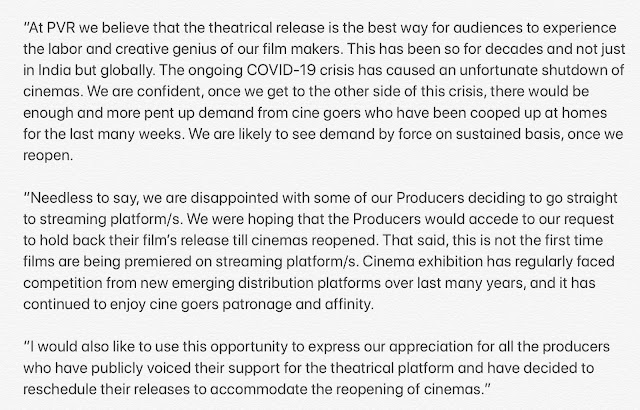 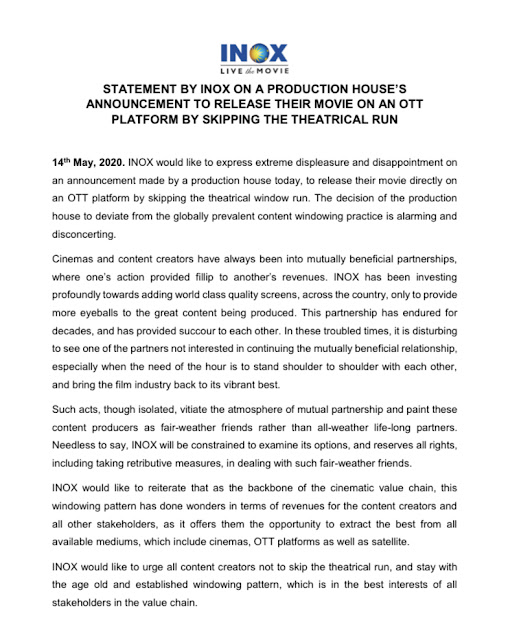 The Producers Guildof India, in a statement had sought to explain the producers' side on the issue. 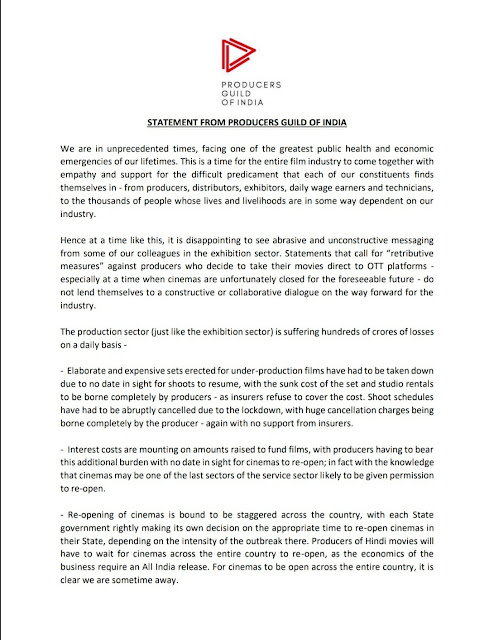 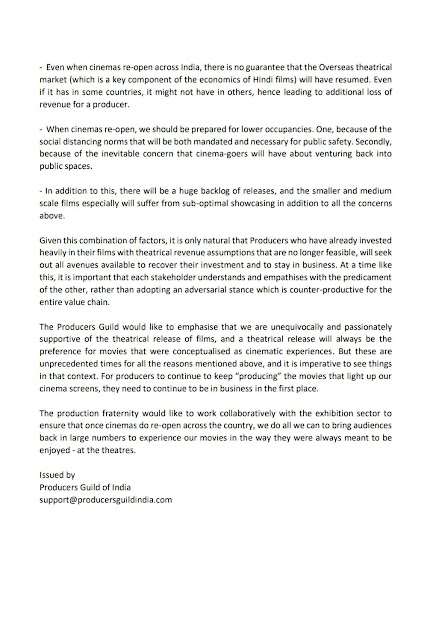 Statement of Producer's Guild of India

Carnival Cinemas too in a statement,  spoke about  the issue. ( statement below). 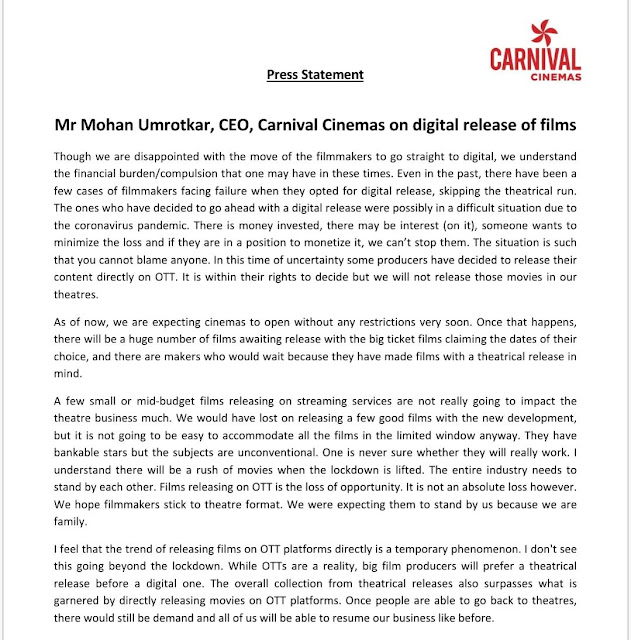 Now, in Kollywood, Karthi's  Kaithi, Sulthan and Suriya's  NGK producer, SR Prabhu has tweeted his view on the issue, "OTT & Theatrical are different avenues. If at  all someone to worry, it's the non theatrical  segment. Also film producers are the only
source of content providers for theatres &
these 2 are bound for life. So let's try to
survive this pandemic to start over instead
of statement wars!"


Calling for a balanced approach,  Prabhu has chosen to focus on ways for all parties to  survive the pandemic in the best possible way. It may be recalled that Prabhu's Dream Warrior Pictures' Kaithi is being remade in Hindi with Ajay Devgan reprising Karthi's role.