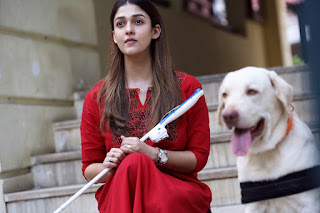 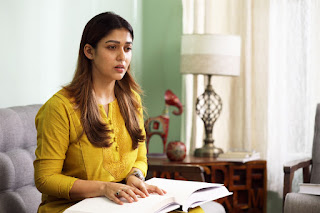 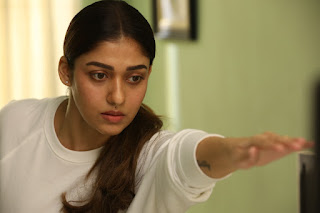 Durga ( Nayanthara), loses her job as a CBI officer and her brother Adithya as well as her eyesight all in one ill -fated night due to a car accident. But she learns Braille, gets a trained dog and learns the ropes of managing her new situation, even as she waits for an eye donor to regain her vision.

A chance encounter with a psycho killer James Dinas (Ajmal), turns her life upside. Now she has only one mission. Despite her disability, she vows to her bring the villain to justice. In this she is aided by a cop ( Manikandan) and a young boy ( Saran Shakthi ). How she does so and and at what cost,  forms the story.

Its a Lady Superstar show all the way and Nayanthara just carries the film on her shoulders, with her screen presence and superb performance as a spirited, intelligent and brave visually impaired girl. Be it scenes like  the emotional hospital scenes, the stunt scenes with Ajmal, or the tongue-in- cheek humor with a straight face, when dealing with an agent, Nayan has a full 360 degrees range to keep you glued to the screen. Her body language is so on point, that when she fights the villain it looks credible. Her expressions are totally on point, be it fear, anger, hopelessness, lonliness, grit or determination. Her simple dress code and de- glam look only add to her natural charm. The restrained, dignified yet powerful star power of the actor,  keeps you hooked all through. 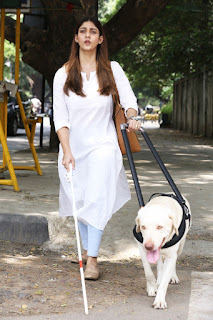 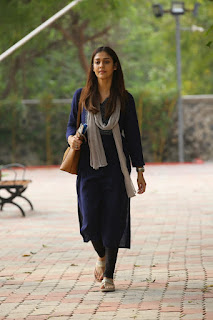 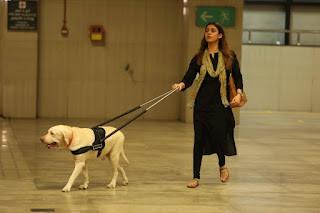 Ajmal as the villain in his comeback film nails his act. His body language, voice and expressions lend credibility to his deranged and perverted acts. He is particularly menacing in the  stunt and chase scenes, playing the powerful and wily almost invincible adversary, especially in the climax scenes between the Shero and the villain. 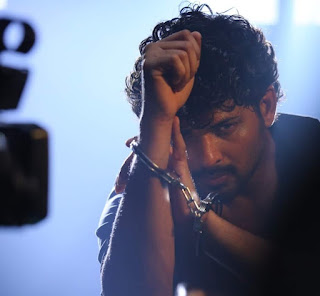 Manikandan as the cop and Saran as the youngster helping Durga are well cast, their act, raising the emotional quotient in the film. Every actor has been well chosen  and their collective  performances raise the bar of the film. 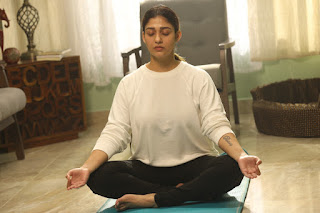 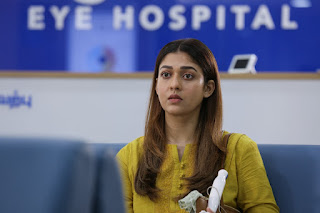 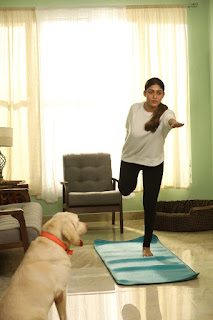 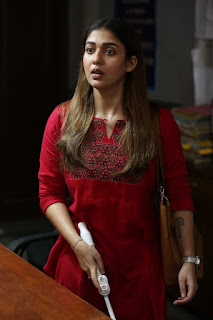 The bgm and montage songs by Girish suit the situations while the camerawork of RD Rajsekar  especially in the night scenes, is worthy of mention.

There are gripping moments like the chase scene in the metro and mall and the clinic scenes towards the end. The dialogues are kept crisp and screenplay is fast -paced.

On the  flip side, the climax scene seems a tad stretched and with a seemingly  repetitive chase.  The CBI officer Durga is, could have been shown to have a more methodical, indepth way of handling vital clues, in the beginning. How the girls are discovered finally is not conveyed.

Overall,  Netrikann is a gripping watch with Nayanthara essaying a very different role and pulling it off with aplomb.