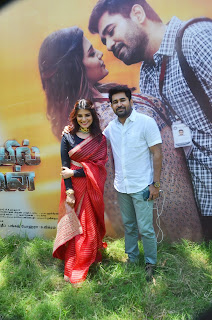 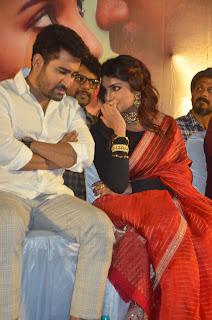 At the recent media interaction, producer TD Rhaja, Chendur Films, said, "When Anand Krishna narrated me the script, I felt that it has something unique. Apparently, such scripts would actually demand nearly 100-120 days of shooting. To my surprise, the director managed to wrap up the shoot by 75 days. Music Director Nivas K Prasanna is a big talented personality, and he has delivered a fabulous work for this movie. Vijay Antony is a real life hero. During the pandemic times, he came forward reducing a percentage of his remuneration for the well being of producers. I am happy that he is embarking on his directorial journey with the movie Pichaikaran 2. I wish him all the best. Aatmika is the best heroine I have worked till the date. She has been a great support to the movie."

Producer G Dhananjayan, Infiniti Film Ventures, said, "I still remember the day when Vijay Antony revealed me the premise of Kodiyil Oruvan, and it instantly instilled in me the confidence to be involved in this project. Director Anand Krishna is a proficient filmmaker, who is an expert over perfect planning that makes him the producer friendly. Vijay Antony is officially launching himself as Editor. I told him that he is now eligible to become a filmmaker and it has finally happened. 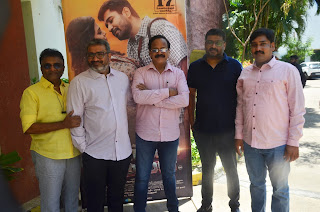 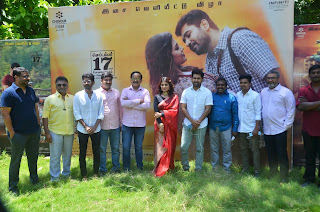 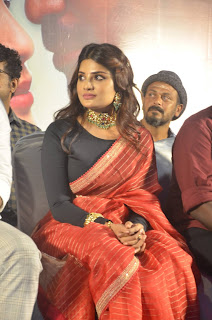 Actor Vijay Antony said, "I am happy to meet all media and press friends after a long time. I request all media and press friends to be soft and polite with responsibility in their reviews. Unlike Chennai, there are no beaches in other parts of Tamil Nadu. Cinema halls are holy places for people. Its a culture. So kindly let the reviews be soft for sometime. I have watched the final output of the movie and I am confident that audience will like it. I started composing music inspired by Ilaiyarajaa sir. I appreciate Nivas K Prasanna for his musical essence and he will reach great heights. Director Anand Krishna will defintely become a top league director soon. Aathmika is my favourite heroine. Beyond her abitlity to deliver astounding performances, she is a big talent and will become a successful entrepreneur. " 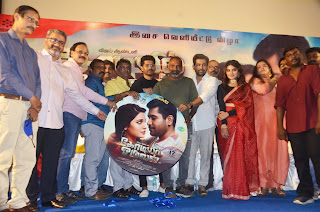 Cinematographer NS Uday Kumar, said, "We constantly kept searching a live location for the movie. Director Anand Krishna strained a lot by staying in the neighborhood of Kannagi Nagar to get the locations locked. We have tried our best and hope audiences will notice and appreciate us."

Actress Aathmika said, "Its elating to see  the team and special invitees here after a long time. Kodiyil Oruvan will be an entertaining movie for universal crowds in theaters."

Producer T Siva, Amma Creations, said, "Producer Rajha is one among very few producers who doesnt give up on his passion for films. G Dhananjayan of Infiniti Films is one among the rarest producers to pay the actors and technicians promptly. Vijay Antony sir used to consistently appreciate the team work of this film, especially director Anand Krishan. Nivas K Prasanna's melody hits are always on standard of Ilaiyaraaja sir.  Vijay Antony is a good-hearted man and not all actors have his heart and sweet gesture of reducing his remuneration for the sake of producers. Vijay Antony is the new version of Vijayakanth. Vijayakanth sir has introduced 52 new directors and on the same route, Vijay Antony has done the same working with and introducing new directors."

Director Ramana said, "Producer Kamal Bohra is a gift to Tamil industry, and so are Dhananjayan sir and TD Rajha. I request press and media to encourage the movies with soft reviews so as to make the movies successful.

Director-Cinematographer Vijay Milton,  said, "Many of us in the industry have survived the pandemic waves. I request press and media to support the movies with soft criticisms. Vijay Antony sir is a replica of Vijayakanth sir. I am curiously looking forward to the songs of Nivas K Prasanna on the big screens."

Director Anand Krishna delivered vote of thanks. He said, "When I narrated the script to Rajha sir, I told him that the story demands a strong backdrop like Kannagi Nagar. If not for the strong support of Production House. Vijay Antony sir's hard work keeps inspiring me. To shoot in a heavily crowded area like Kannagi Nagar was a big challenge. Vijay Antony perosnally met and interacted with everyone in the locality, thereby helping me to keep the process of shooting smooth. Nivas K Prasanna has delivered beautiful songs based on different musical genres."