The GV Prakash-Divya Bharathi starrer Bachelor directed by Sathish Selvakumar and produced by G. Dilli Babu of Axess Film Factory recently got released. The film won a heart-warming response from the youth audiences apart from  appreciation by  film critics. The entire cast and crew of the film were present for the Thanksgiving Meet with the press and media channels today. 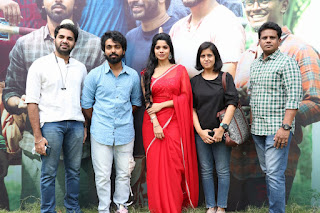 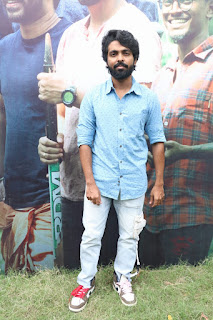 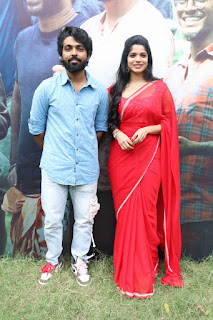 On the happy occasion, Actor Munishkanth said, “I thank the entire cast and crew, who worked with me in the Bachelor movie. I especially thank director Sathish Selvakumar for giving me a substantial character. This is the first time I had to dub for a longer time in my acting career. This indeed was a new experience for  me.”

Editor San Lokesh said, “This is an important occasion for me as the dream of Sathish has come true. I thank GV Prakash sir for okaying this script.  I thank B.Sakthivelan sir for facilitating a good release in  theaters. I express my thanksgiving to each and everyone for making this film a great success.”

Actor Bugs aka Bagavathy Perumal said, “I am overwhelmed with happiness with the great response for this film. I thank my producer and director for giving me an opportunity to be a part of this film. San Lokesh has enthralled me with his editing style. He was so actively involved in the process even before the shooting commenced and had already decided on how to make the editing transitions so unique and engrossing. Siddhu Kumar’s musical score has contributed a lot towards intensifying the depth of this film. I thank the entire cast and crew for making this film a great success.” 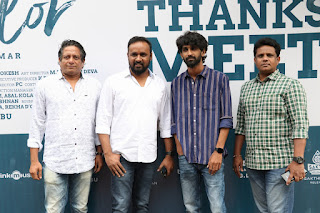 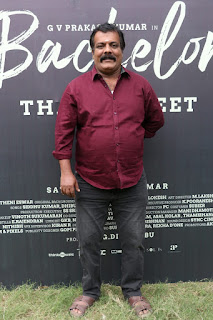 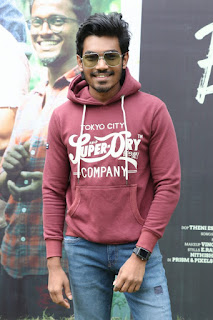 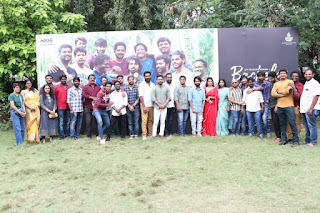 Choreographer Azar said, “GV sir would always keep appreciating and encouraging me stating that my work is unique. I thank him for such great support. The dance portions were very challenging to shoot and it’s great to see the tracks are still trending. I thank the audiences, critics, and my beloved team for making this film, a grand success.”

Music director Sidhu Kumar said, “I have no words to express my thanks to the director and producer for banking their trust on me. I was the last one to get on board with this film. The other songs were so  compelling and addictive to listen to. It was really a huge challenge to deliver a good BGM, and I am glad to see the positive response for my work.” 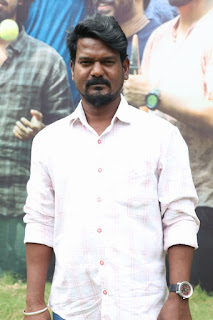 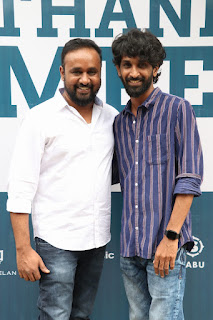 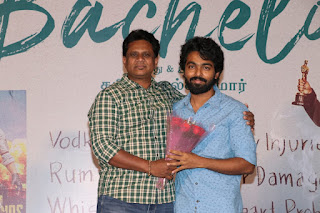 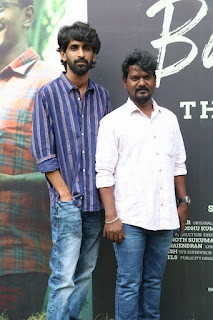 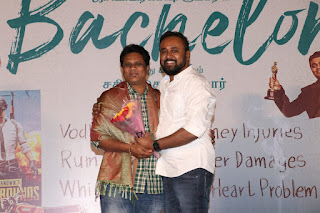 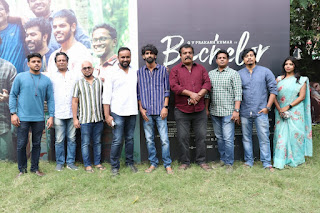 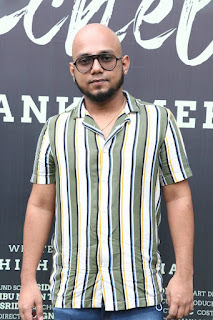 B. Sakthivelan, of Sakthi Film Factory said, “It’s not an easy thing to win the hearts of people, and it can happen only with earnest hard work. I am elated to see how producer G Dilli Babu Sir has given space for everyone in the team to share the success and  has given proper recognition to them. He is always emotionally connected to a project, and I desire to work with producers like him. This film’s success has given a lease of hope to the cinema trade, thereby putting an end to the pandemic phase. I feel lucky to have gotten an opportunity to release Bachelor and Rocky. I am feeling blessed for getting an opportunity to release good movies. Director Sathish is a talented artiste, and his narrative process itself is so unique. I am gleeful for having been a part of GV Prakash’s three successful movies. He is a focused and dedicated actor. He prepared a lot for this character and is now witnessing great appreciation. I thank my press and media friends for their beautiful support in making this film, a good success.”

Producer G. Dilli Babu, Axess Film Factory said, “This event is purely a gesture of thanksgiving from the cast and crew of Bachelor for everyone, who made the film achieve great success. I thank the press and media for their earnest support. While some critics appreciated our works, few have imparted good advice, which will help everyone in the team to carry forward with these values in our upcoming projects. I thank B Sakthivelan of Sakthi Film Factory for making this film get a good release across Tamil Nadu. I also take this opportunity to thank producer Sanjay Vardha for this occasion. GV Prakash has been the pillar in making this film very special for me. He exerted 100% support during the shoot and even after its completion. I wish him great success for all his upcoming projects.”

Actress Divya Bharathi said, “I thank director Sathish Selvakumar for giving me an intense role in this movie. The appreciation that I got for this film has given me a serene and peaceful sleep, which is a token of satisfaction that any actress like would yearn for. I thank the press-media fraternity for appreciating my performance. I thank GV Prakash sir for giving me a greater scope in this film. The beautiful music of Siddhu has been the soul of this film.”

Director Sathish Selvakumar said, “The success of this film is only because of G Dilli Babu sir and he deserves all the credits. He has been the sole reason behind this film getting materialized and a comfortable theatrical release. During this journey of making ‘Bachelor’, I have hurt the feelings and sentiments of many, for which I would like to apologize. A huge crowd is there behind the success of this film, and I would like to thank all of them. I thank Gopi sir for spending long hours to give us perfect poster designs for this film.”

Actor GV Prakash Kumar said, “The efficient and hard work of every single artiste and technician in any given film can be valued only after it gets recognized by the audiences. I am so glad to see that the movie has excelled with good reviews and profitable numbers at the box office. If not for the earnest efforts of Dilli Babu sir and Sakthivelan sir, this would have not been possible. The way they designed this project, got it materialized, and facilitated a beautiful way for the audiences to receive it looked like perfect art. This film is a big success for me after the grand success of Sivappu Manjal Pachchai. It’s really elating to see that the movie has completed 3 successful weeks of theatrical run, and is still being appreciated by audiences. I have to thank the press and media for a valuable criticism that has imparted lots of enlightenment among actors and technicians that we can follow in our upcoming films. I thank director Sathish Selvakumar, my co-artiste Divya Bharathi, every actor and technician in this film for making it a big success.”

Apart from playing the lead role, GV Prakash Kumar has composed music for one song in this film. Dibu Ninan Thomas, Kashyap, and Siddhu Kumar have composed the other songs each. Besides, Siddhu has composed the background score for this film. Theni Eeswar has handled cinematography and San Lokesh is the editor. M Lakshmi Deva is the art director, PC is the stunt master, Azhar is the choreographer and K Pooranesh is the Executive Producer.