The coming together of Action King Arjun and Aishwarya Rajesh  for a crime-thriller investigation flick has created a buzz. 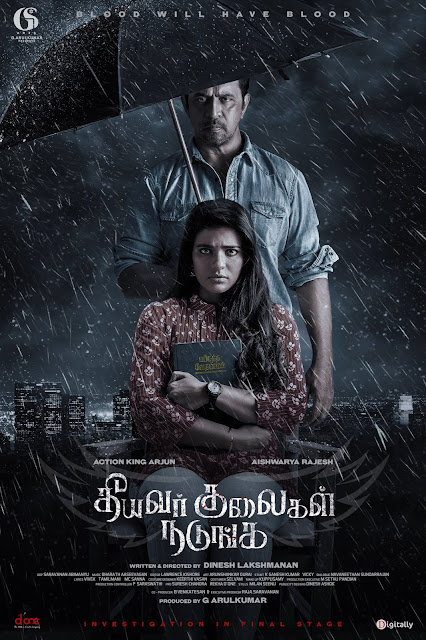 The core concept of the plot revolving around autistic children laced with mystery, crime, and thriller elements intensified  curiousity. The makers have now unveiled the first look of this movie that comes along with the title “Theeyavar Kulaigal Nadunga”.

The first look is riveting as it gives a clear picture of the plot alongside the main lead characters played by Action King Arjun and Aishwarya Rajesh. We see Aishwarya Rajesh holding the holy book and is scared looking at someone evil and Action King Arjun holding the umbrella behind her, thereby assuring her as a guardian angel that she is safe from rain and bad individuals.

The official announcement about the trailer, audio, and worldwide theatrical release date will be made soon.