- December 10, 2022
The biopic Vijayanand on the life of Vijay Sankeshwar, founder of the VRL Group, (a transport fleet industry giant, that started off with one truck) hit theatres on Dec 9th, directed by Rishika Sharma. 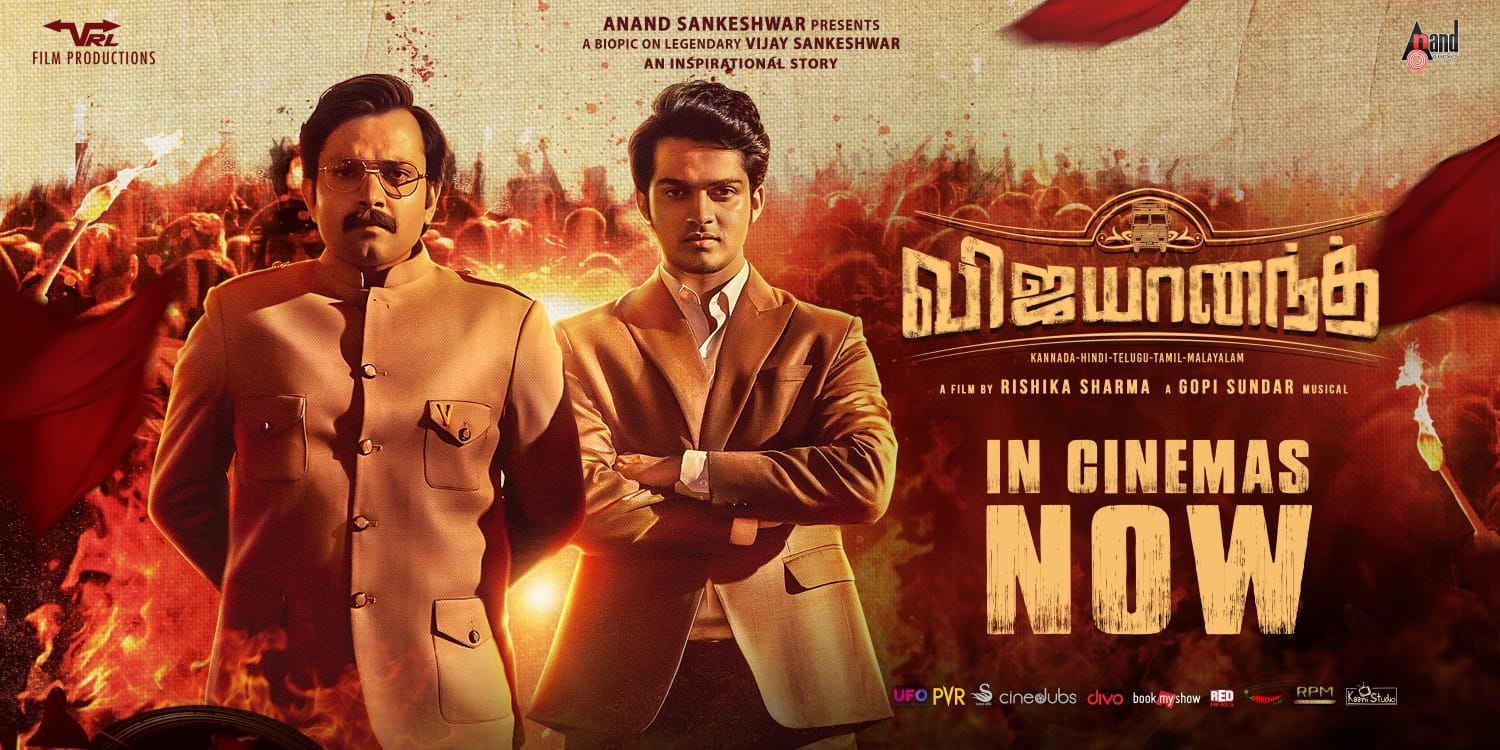 The story is,narrated through the eyes of his son Anand Sankeshwar. Vijay ( Nihal) who hails from Karnataka's Gadag, talks about his father BG Sankeshwar ( Anant Nag) who was in the printing press business. One day,  Vijay decides to set out on his own,  and starts a transport company accompanied with a great vison in mind  and just one truck. From an early age one can see the bright ideas he has and the ability to follow through and chase his dreams and bring them to fruition. His uphill journey to become a business magnate is what the story is about. 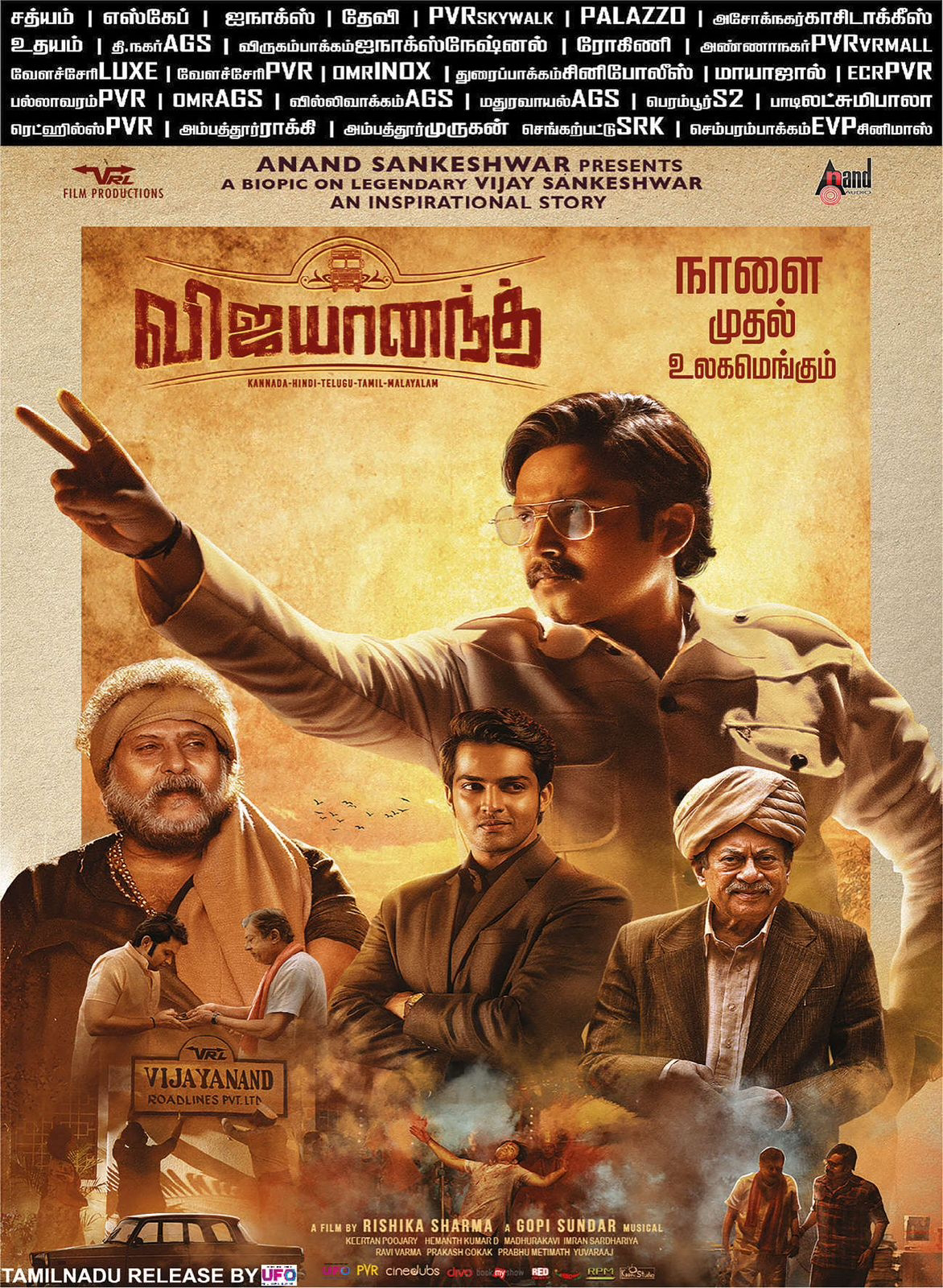 We encounter the people in his life like his mother Chandramma ( Vineeta Prasad), his wife Lalitha ( Siri Prahlad) and  his son Anand (Bharath Bopanna). Slowly we get a peek into his iconic life and inspirational achievements.
The frames of cameraman Keerthan Pujari weave their magic in the story while the music of Gopi Sundar is a plus.
Nihal as Vijay Sankeshwar fits the title role, carrying a certain charisma all through.  Siri, Bharath, Anant Nag and the others all do justice to their roles in the screen time given.
If Rishika Sharma could have also explored any  grey areas to give the portrayal more layers, it would have added to the fleshing out of the character.
On the whole Vijayanand is a biopic that focuses on the life of a man who has a vision and the  perseverance to carry it through to make it big in life against all odds, and manages to put its point across in a befitting manner.