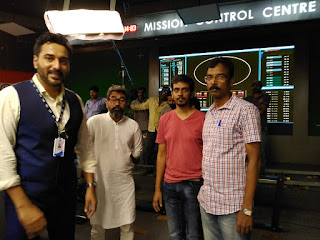 Now  actor Rahman has kick-started another Indian  space based thriller with Varun Tej,  in Telugu.
The film features Aditi Rao Hydari with the duo directed by Ghazi fame Sankalp Reddy.

With his performance in  recent years in many Tamil and Malayalam movies, actor Rahman's name has become synonymous with interesting cinema, crossing linguistic boundaries. 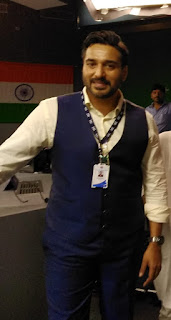 Now the actor is all set to make an  impact with this Telugu movie, of  Sankalp Reddy. The young filmmaker had attempted a raw and realistic flick ‘Ghazi’, ( Rana Daggubatti, Taapsee Pannu) which was a thriller based on real life incidents that happened during Indo-Pakistan war in submarine. This time, he takes a giant leap with space based thriller, which has Varun Teja and Rahman in lead roles alongside Aditi Rao Hydari. It is said that Rahman’s character will be the center of story and he will be appearing in two different looks. The shooting started yesterday in  Annapurna studio Hyderabad, where unbelievably realistic set works of space station have been erected.
With his deft handling of a period film like Ghazi which even bagged a National Award, Sankalp Reddy's outer space subject will be something to look forward to indeed.
Aditi Rao Hydari Annapurna Studios Ghazi Rahman Rana Daggubatti Sankalp Reddy Taapsee Pannu Tik Tik Tik Varun Tej