The puja of a new film by
SNS pictures directed by Ram Seva with actors Vetri , Upasana RC  and Suma poojari was held today at Prasad Labs.
The cameraman is Vetri  and the music director is Aruldev.
Manobala Singampuli are also part of the cast. The film is titled Ennai Sudum Pani and is touted to be a love story with suspense. 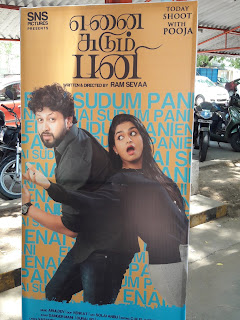 Director Ram Sewaa has done a few films before. Music director Arul Dev last release was Mohini. The film music will be breezy and trendy. Shoot of the film will be in Munnar and Chennai. ' Im doing Pappu in Malyalam and Kabirinde Devasangal also. In Telugu im doing music for Bhagvatham which is a political movie directed by Shekar Raja' said Arul Dev. 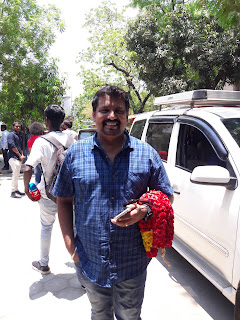