The shooting of Actor Shanthnu Bhagyaraj’s Raavana Kottam, directed by Vikram Sugumaran, and produced by Mr. Kannan Ravi of Kannan Ravi Group has been wrapped up successfully.

Sharing the news, producer Mr. Kannan Ravi says, “The journey with Raavana Kottam has been special, and memorable. Like any other movie, it had many challenges due to the pandemic phase. Finally, the entire crew is happy to see the project wrapped up. I thank my director Vikram Sugumaran, for being prompt with his planning, thereby completing the shoot on time as promised. "

All praise for Shanthnu, he adds, "Raavana Kottam is going to be a special movie in Shanthnu Bhagyaraj’s career. This isn’t a formal statement that any producer would acclaim his actor, but it comes from me after watching the video footage of his performances. 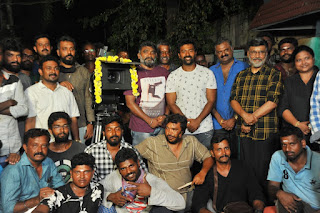 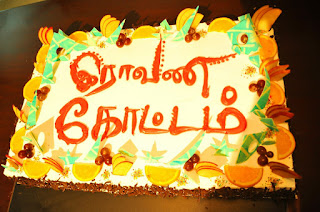 The post production work will be completed soon, and we will be soon announcing the first look, audio, trailer, and worldwide release date.”

Director Vikram Sugumaran says, “I thank my producer Kannan Ravi sir for his dedication and sincerity in nurturing this project. This is an important movie to everyone on the team. Shanthnu Bhagyaraj has exhibited a powerful performance. Every actor and technician has put their heart and soul into this project. I am confident that it will be appreciated by audiences." 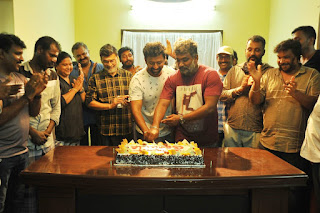 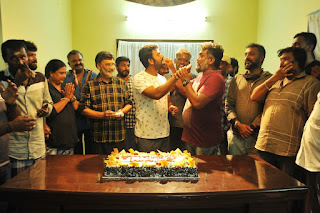 With Shanthnu Bhagyaraj and Kayal Anandhi in the lead and supporting cast of Ilayathilagam Prabhu sir, Ilavarasu , Cook with Comali Deepa, Aruldas, Sujata and others, the movie has a musical score by Justin Prabhakaran.
Kayal anandhi raavana kootam shanthnu