- November 06, 2022
Raaj Kamal Films International (RKFI), Madras Talkies and Red Giant Movies  have made a grand announcement that has created quite a stir! 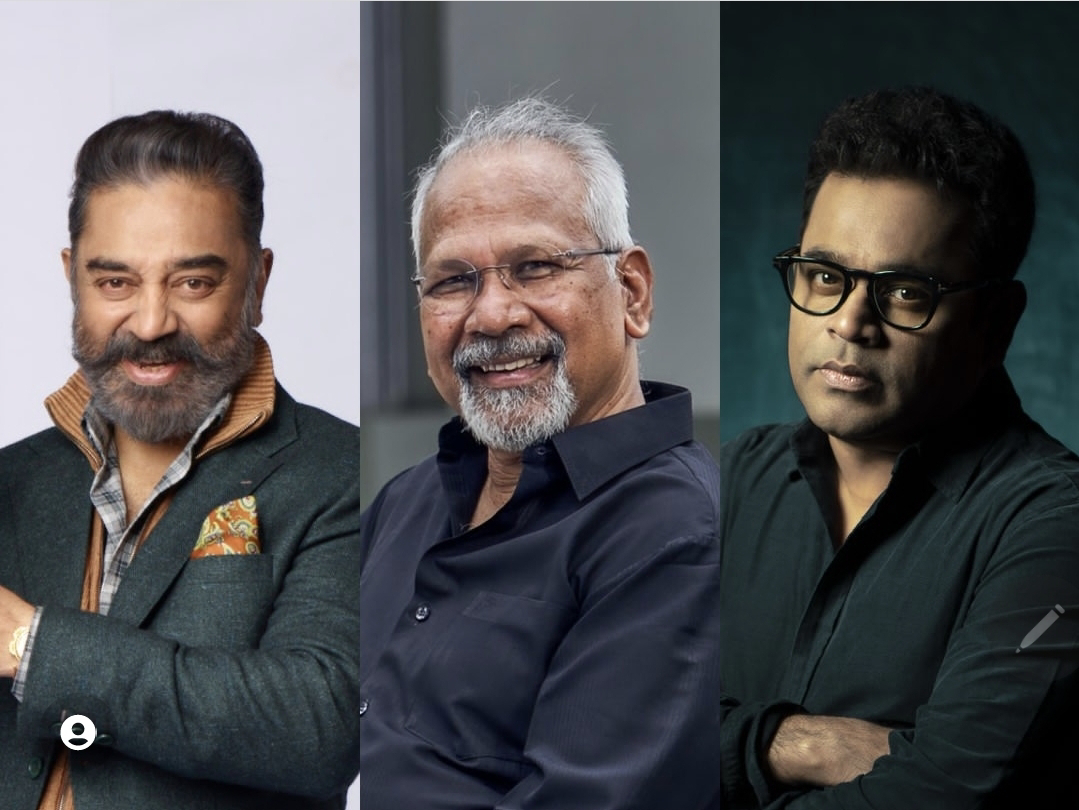 The trio have announced the making of KH234 which  will star Ulaganayagan Kamal Haasan in the lead role and will be written and directed by Mani Ratnam. Music for the Film will be composed by A R Rahman. The magical combination of two legends Kamal Haasan and Mani
Ratnam repeats after their last outing together with the cult classic Nayagan, almost 35 years ago.
KH 234, the upcoming collaboration these giants,  will be in cinemas in the year 2024.
The film will be produced by  Kamal Haasan, Mani Ratnam, R. Mahendran and  Siva Ananth.
Says iconic Actor, Director and Producer Kamal Haasan, "I was equally excited
35 years before when I was about to start work with Mr.Mani Ratnam. Collaborating
with a similar mindset is stimulating. This stimulation includes Mr. Rahman as well. Eagerly looking forward to present this venture with Mr. Udhayanidhi Stalin."
Mani Ratnam, Director & Producer, Madras Talkies says, "Happy, honoured and excited to collaborate with Kamal Sir again."
Actor and Producer Udhayanidhi Stalin adds, "It's an wonderful opportunity to join
Kamal Sir in presenting Ulaganayagan KH 234 after the great success of Vikram and the much awaited Indian 2. An absolute honour to present this film and tell this special story. Kamal Sir and Mani Sir have been the pride of Tamil Cinema globally and I have been an ardent admirer of both these iconic personalities. Thank you Kamal Sir for this great opportunity"
The details of the film have been kept under wraps. More details are awaited.