- November 23, 2022
Dr. G. Dhananjayan, one of the reputed and well-esteemed producers in Tamil film industry. Currently, he is producing actor Vijay Antony’s films – Kolai, Ratham, Mazhai Pidikatha Manithan and Khaki as one of the partners in Infiniti Film Ventures. He is also the Treasurer of Tamil Film Active Producers Association and has won two National Awards for his writing on Cinema. 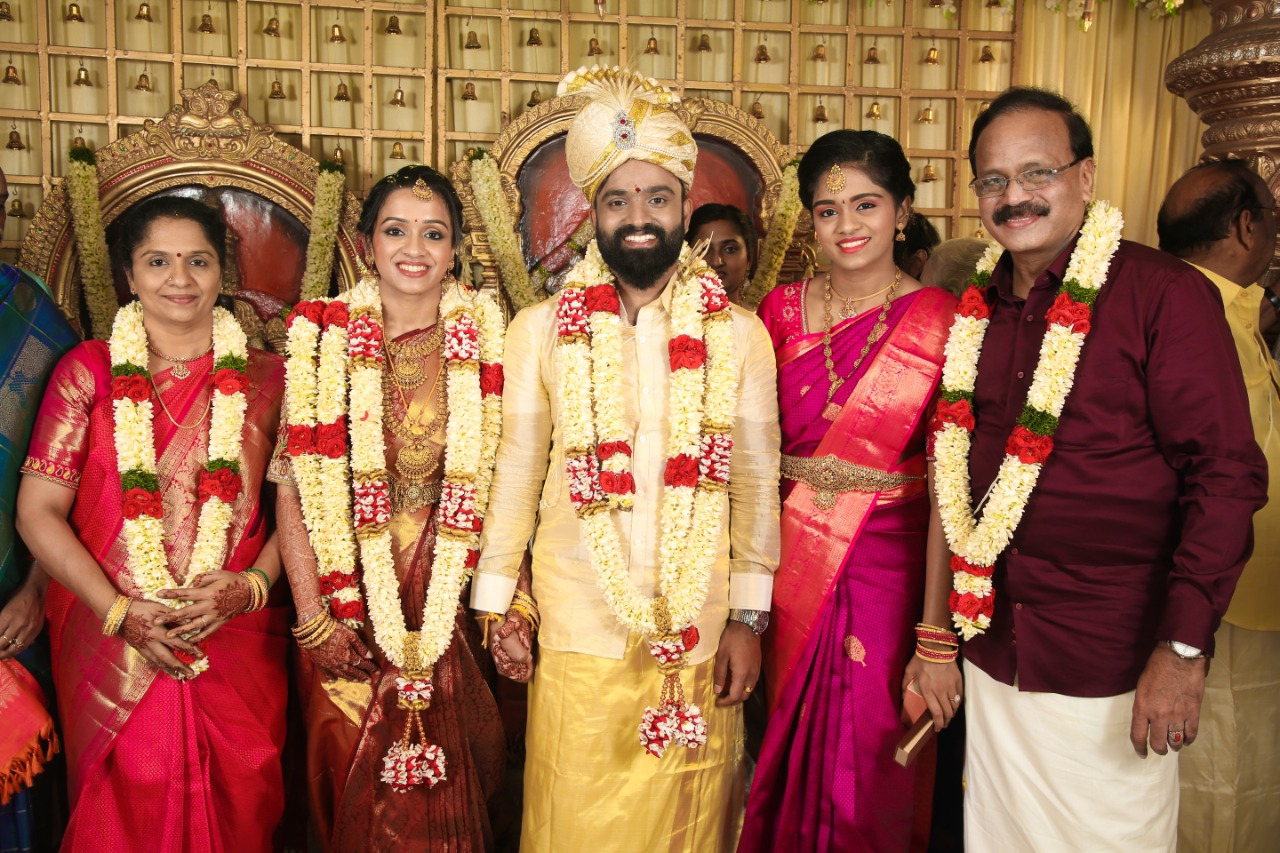 Both the daughters of G. Dhananjayan have completed their higher studies (M.S. in Computer Science) in USA and are working in leading firms there. Both their wedding ceremonies have been planned by the family to be held in a gap of one month in November and December.
The wedding ceremony of G. Dhananjayan’s elder daughter Revati with Abhishek was held on November 20, 2022 at PSB Conventions Hall, Ambattur, Chennai. The event spangled with the presence of leading icons and celebrities of Tamil film industry. Renowned actor-orator Thiru Sivakumar took part along with his family and handed the marriage thread (thaali) to Abhishek to tie the knot on Revati. 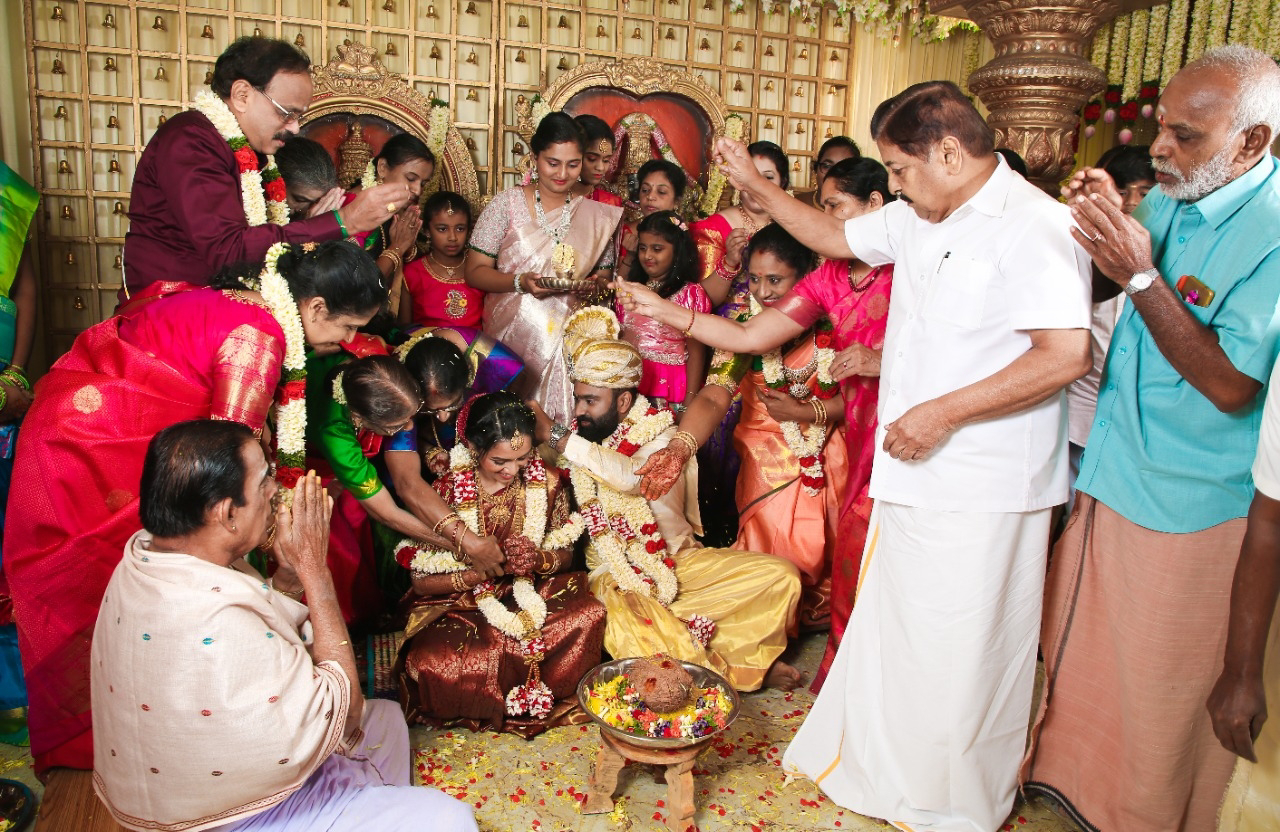 Here is the list of celebrities who were present for the wedding occasion. 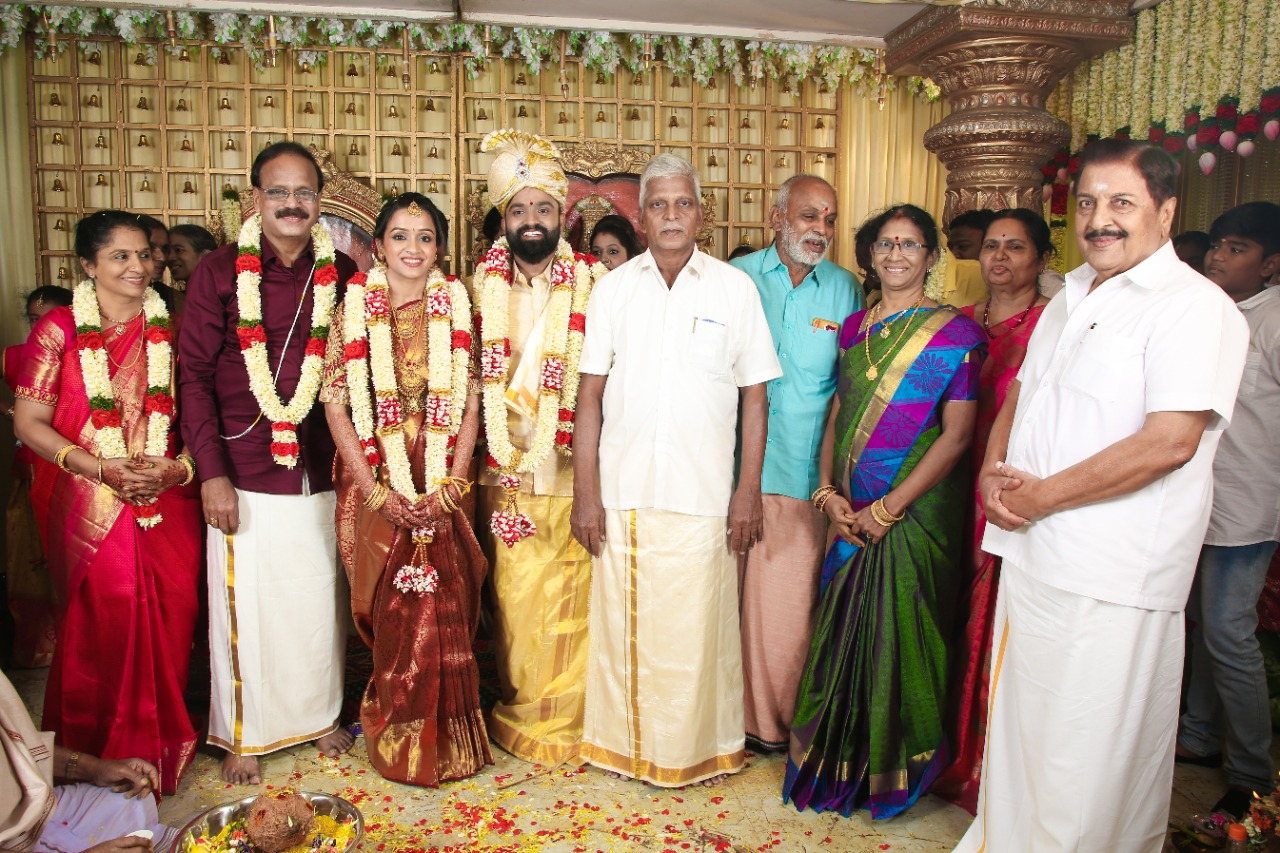