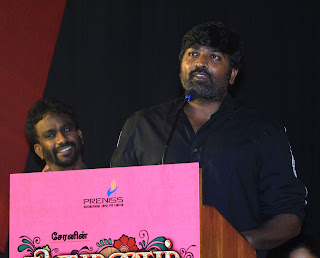 The project of Preniss Films is the next venture of director Cheran  after a long gap. Liking the title Sethupathi said, " The title is traditional sounding and  touches a chord immediately. We all feel like going to this wedding!" 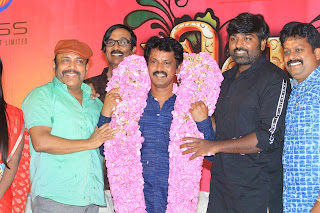 Speaking at the event director Cheran said , "During my break from films people had doubts whether I would be up to date and whether financial problems would besiege my film if they produced it. It is but natural. One day I met producer Prem through my daughter's friend. He asked me what my problems were and sorted them out for me  and encouraged  me to direct films. For me he is like a God. He gave me full freedom and hasn't even seen the film yet."

Cheran was all praise for Vijay Sethupathi for being a huge support even during his dark days. " He would come and visit me and was very happy when he heard I had completed the film. He confirmed that he will come for this first look event. In these days where people dont even pick up the phone, he is a genuine and true human being despite his huge success and status."

The film stars Thambi Ramaiah's son Umapathy and is centred around the theme of marriage. Cheran's last film was JK Ennum Nanbanin Vazhkai starring Sharwanand and Nithya Menon. Known for providing meaningful, family films like Autograph and Pokkisham, expectations are high from him again. 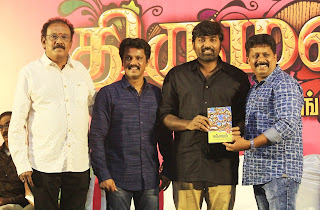