Having impressed the universal audiences for her girl-to-next-door and stylish roles, Amala Paul is all set to try unconventional roles now. 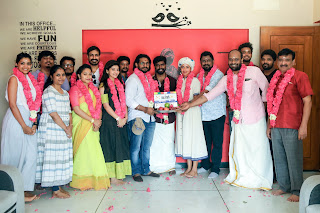 The actress would be seen playing Dr. Badra, a forensic pathologist in her upcoming film Cadaver.

“As an artiste, I have spent a decade experimenting with commercial roles. Now, I believe that I have much more clarity in choosing roles that elevate me as an actor. I enjoy belonging to different characters, as this has become my greatest motivation as an actor. With such a decision made, following my movies ‘Adho Andha Paravai poley’ and ‘Aadai’ the premise and narration on Cadaver strongly impressed me where it involved lot of fresh and new things that I hadn’t heard of nor witnessed before. I will be playing the role of a forensic pathologist in this film and it demanded for me one tough preparation as it wasn’t something like the routine investigators we’ve seen in movies. It earnestly required preparing with lots of knowledge about it. The film is based on the book ‘Oru Police Surgeonate Ormakurippukal, which is authored by Kerala’s most celebrated forensic surgeon, Dr. Umadathan. Apart from reading his book that gave me lots of inspiration and prepared me, I happened to spend a couple of days travelling with a forensic surgeon to gather more insight about this profession.”

On speaking about turning into a co -producer for this film Amala  says, “This is a film that cannot be shot at a shoestring budget for it involves lots of factors. I felt it is my priority to support this film apart from being just an artiste. I wanted to support  my producers Pradeep kumar and Ajay Panicker who were as passionate as I am about the script and the film. I'm thankful to them for accommodating me as a co -producer. We share a common vision and our intentions are clear. We are determined to make more films that spell out quality in content and making. Filmmaker Anoop Panicker and script writer Abhilash Pillai have done a noteworthy work on the script and I am sure, their well prepared attempt will help us wrap up the shoot on time as we’re going for full swing continuous work. It indeed gives immense pride to declare our maiden production that I am sure will reserve a place in the box office records.I am greatful to Pradeep Kumar of White screen Media and Mr Ajay Panicker of AJ fiilms  for producing this film and providing me a huge platform to excel " declared Amala Paul with confidence .

Amala Paul will be seen in a new look, which she believes audiences will be surprised at.