Positive Print Studios LLP's  “Production No.2” will be a Gautham Karthik-Badri Venkatesh film

It’s rare to see producers sign up a filmmaker for a new project even before the release of their  previous film together. But  Producers L Sinthan and Rajesh Kumar of Positive Print Studios LLP, who are very much impressed with the final output of  “Plan Panni Pannanum”, directed by Badri Venkatesh, have done just that. They have teamed up again with director Badri for a new project starring Gautham Karthik in the lead. 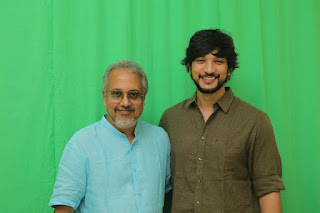 The Producers  say, “We are  elated to collaborate with Badri Venkatesh again for a new film. Our first association for  ‘Plan Panni Pannanum’ starring Rio Raj and Ramya Nambeesan  exceeded our expectations. We instantly decided to work again with director Badri, who yet again impressed with a brilliant script, which is an action entertainer. " 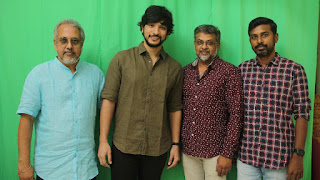 For Gautham Karthik it will be an out and out action avatar, different from his earlier filmss

Director Badri Venkatesh says, “I would like to thank producers Sinthan and Rajesh for being generous enough during these troubled times to kick-start their new project. Although both of them were impressed with my script, I had second thoughts and wanted  to re-work on the budget, since these times are crucial for any producer. However, they firmly stated that there is no need to compromise on this ground, and they want a perfect output as narrated in the script. Such a gesture is admirable, and I owe them a lot for  their trust in me and my script. I am very  excited to be teaming up with Gautham Karthik, a most talented actor.” 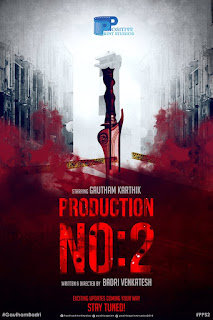 Tentatively titled as “Production No.2”, the film’s shoot will go on floors by December and will be wrapped up by March 2021. The first look poster and the announcement regarding others in the cast and crew will be made shortly.